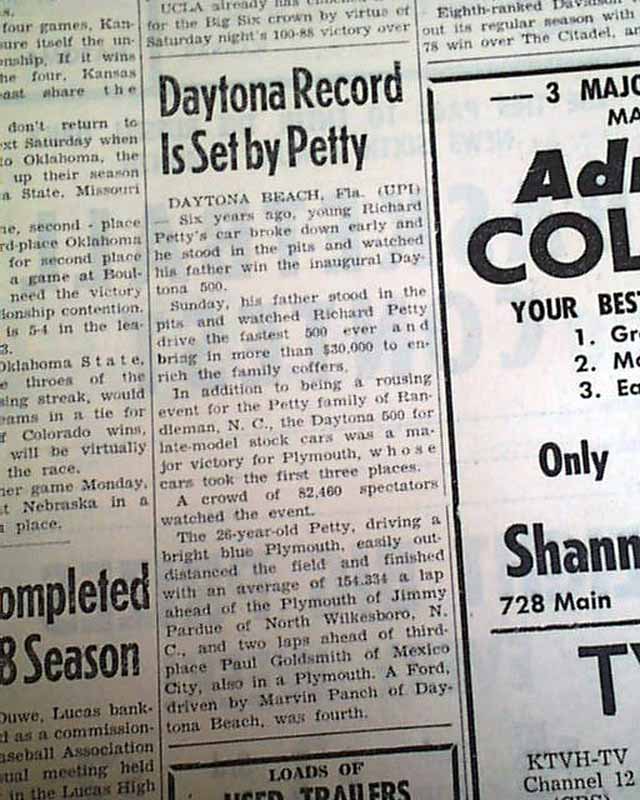 Page 4 has a one column heading: "Daytona Record Is Set by Petty" First report coverage on the 6th Daytona 500 race which was won by Richard Petty, his 1st 500 win.
Also on the same page is a interesting three column heading: "Liston Sure of KO Win" He was right about one thing, it was a KO win, but for Cassius Clay.
Other news of the day. Complete in 6 pages, a little spine wear, generally nice.

wikipedia notes: The 1964 Daytona 500 was won by Richard Petty driving a 1964 Plymouth. Petty drove his number 43 to victory in three hours and 14 minutes. There were 2 cautions flags which slowed the race for 10 laps.