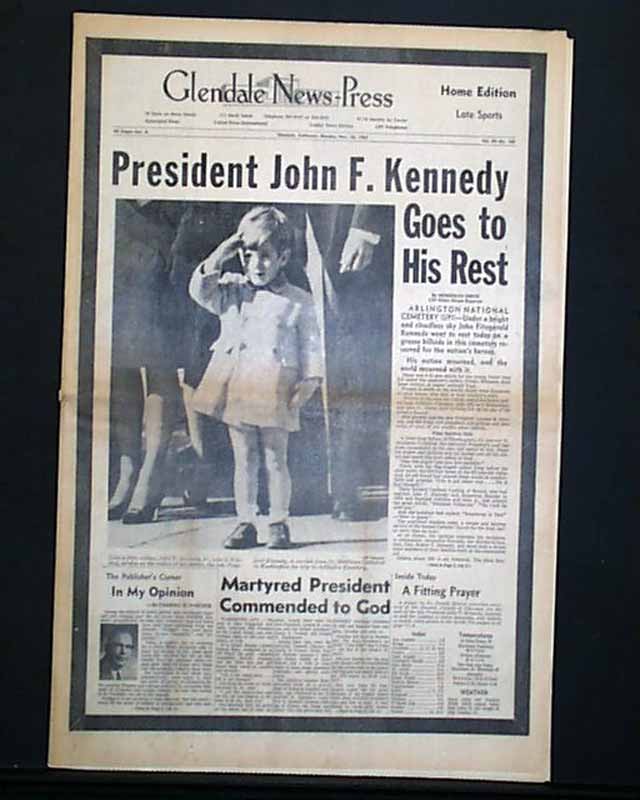 The front page has a nice full-banner headline: "President John F. Kennedy Goes to His Rest," with a larger than typical printing of the famous photo of JFK Jr. saluting his dad's casket. Additional related articles and photos are found on inside pages.

This appears to be the complete first section of the newspaper (16 pages), but is being offered for the content described. Some browning and rubbing at the mid-fold is present (see images). This issue is great for display.