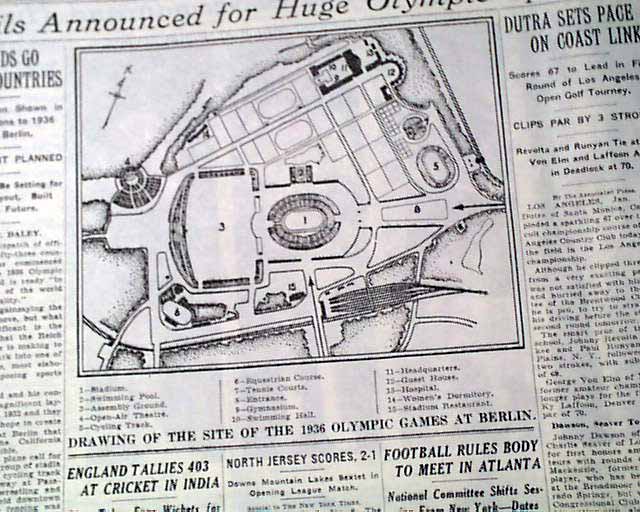 Page 5 of this section has a banner headline: "Details Announced for Huge Olympic Sports Plant to Be Built by Germans" with subheads and illustration. (see)
Other sporting news of the day. Complete sport's section only with 8 pages, rag edition in nice condition. 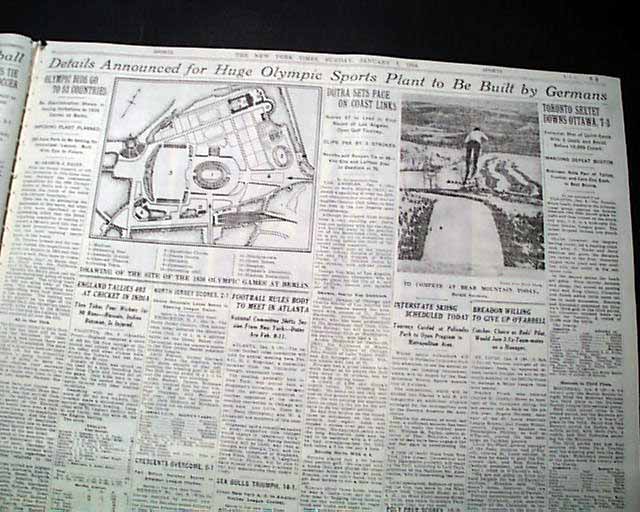 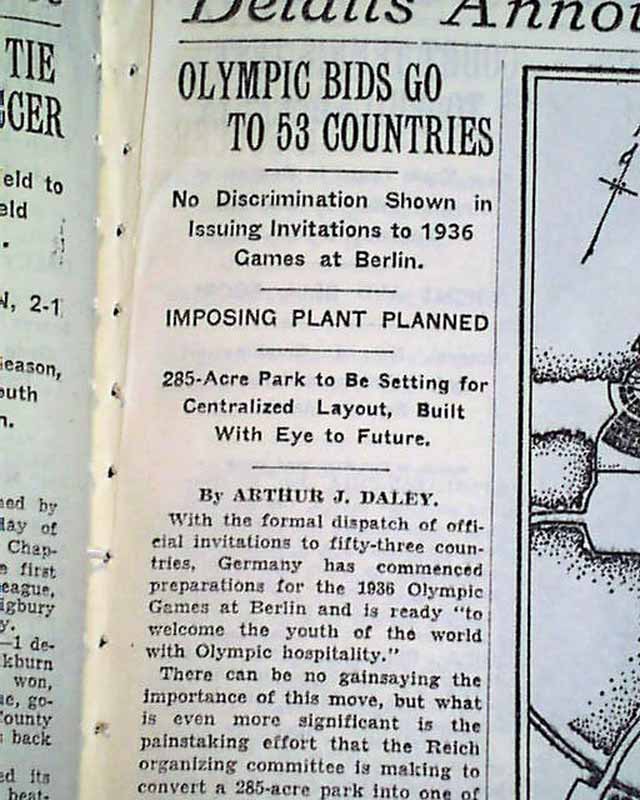 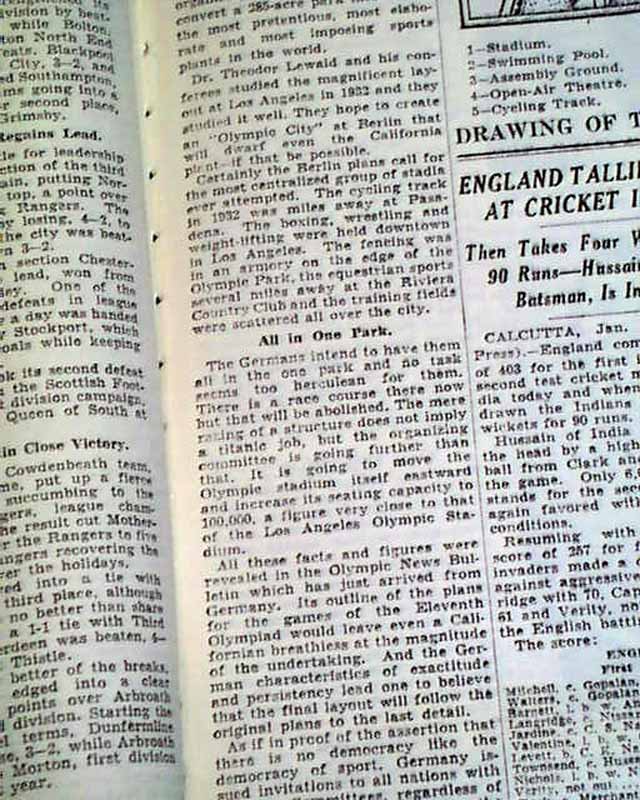 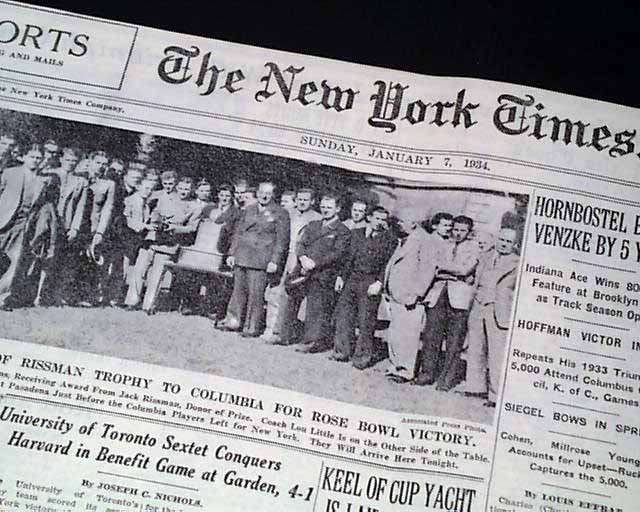 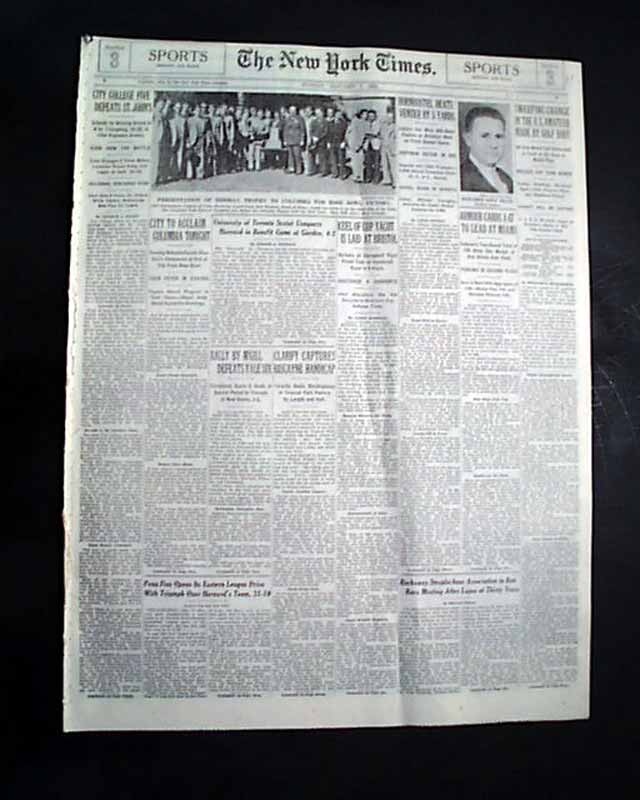