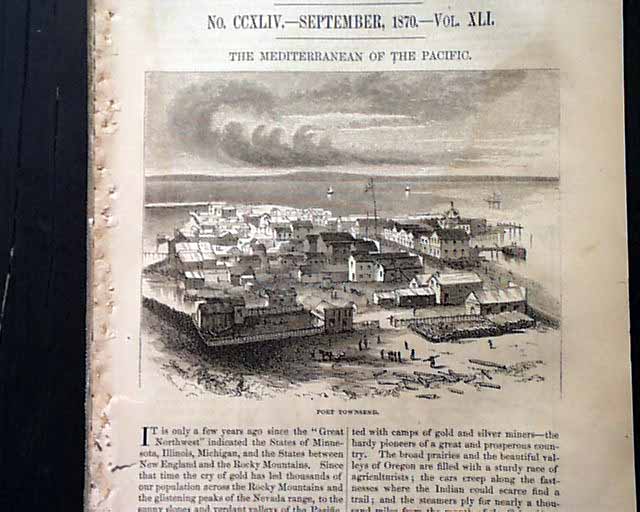 Item # 633480 HARPER'S NEW MONTHLY MAGAZINE, New York, September, 1870  Within this is issue is a 5+ page article "Footprints of Charles Dickens" which begins "Charles Dickens was dead. It was hard to realize, but realized it was at last; and then there was no look or voice in London but repeated it over and over -- Charles Dickens is dead!..."
Also within the issue are articles "The Mediterranean of the Pacific" which is on the Washington Territory and includes many illustrations; "Among the Peaches" (Delaware); "Frederick the Great"; "In Wall Street"; "Female Suffrage - A Letter to the Christian Women of America" and more articles and illustrations.
This is complete in 150+ pages, disbound without the outer wrapper. Tiny binding holes at the blank spine, and various light damp staining throughout.