Home > Back to Search Results > Carriers' address for 1803...
Click image to enlarge 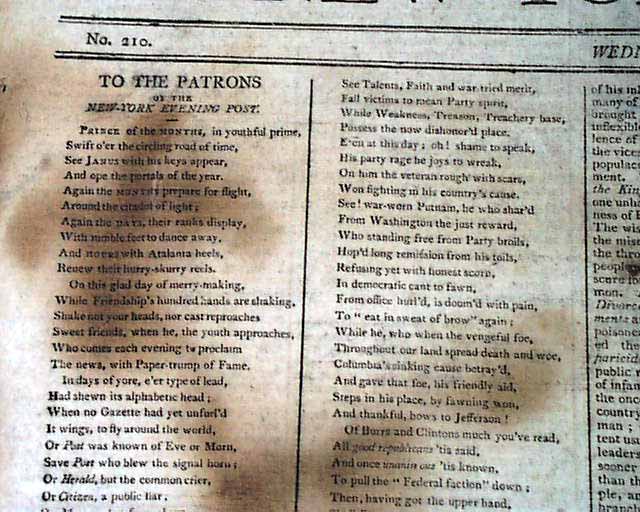 Almost the full first 2 columns are taken up with the carrier's address poem: "To The Patrons", a tradition in one of the first issues of the new year (see below for details).
Four pages, various foxing/staining, partially loose at the spine.

Background (Carrier's Address): Carriers' addresses were published by newspapers, usually on January 1, and distributed in the United States for more than two centuries. The custom originated in England and was introduced here during colonial times. The newsboys delivered these greetings in verse each New Year's Day and the customers understood that a tip was expected. The poems, often anonymous, describe the events of the past year, locally, regionally, and nationally, and end with a request for a gratuity for the faithful carrier. Often the poem referred to the carrier's diligence and hardships during winter weather.