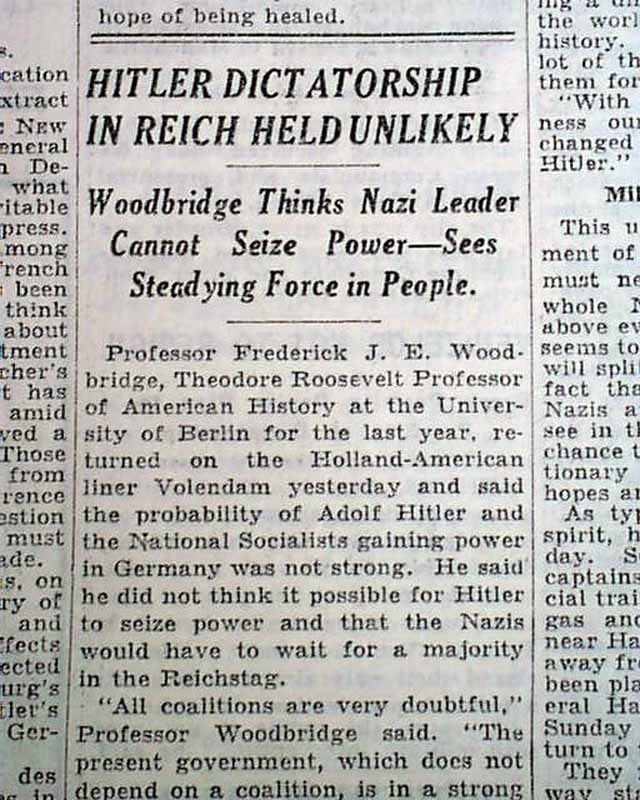 Page 6 has an interesting article by Professor Frederick James Eugene Woodbridge of Columbia University headed: "Hitler Dictatorship In Reich Held Unlikely" with subhead. (see) Text includes: "...the probability of Adolph Hitler and the National Socialists gaining power in Germany was not strong..." A ironic look inside Germany just prior to Hitler's rise to power that would change the World forever.
Other news, sports and advertisements of the day. Complete in 38 pages, rag edition, a little spine wear, nice condition.