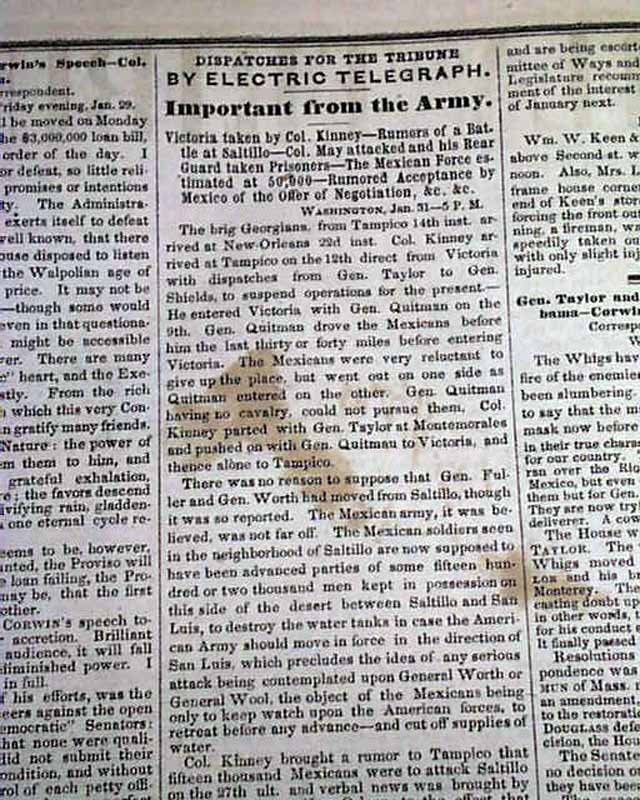 Page 2 has much good content on the Mexican War with column heads: "Important From the Army" "Victoria Taken by Col. Kinney--Rumors of a Battle at Saltillo--Col. May Attacked & his Rear Guard Taken Prisoners..." "Mexican View of the War" "Gen. Taylor & his Enemies--Payne of Alabama--Corwin's Speech..." "War Movements".
Four pages, small piece from the spine does not affect mentioned content, generally nice condition. 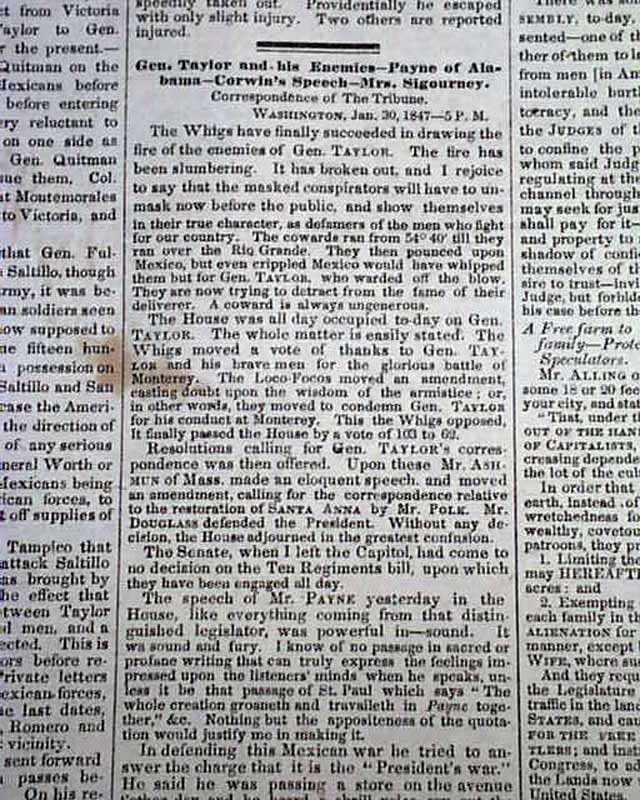 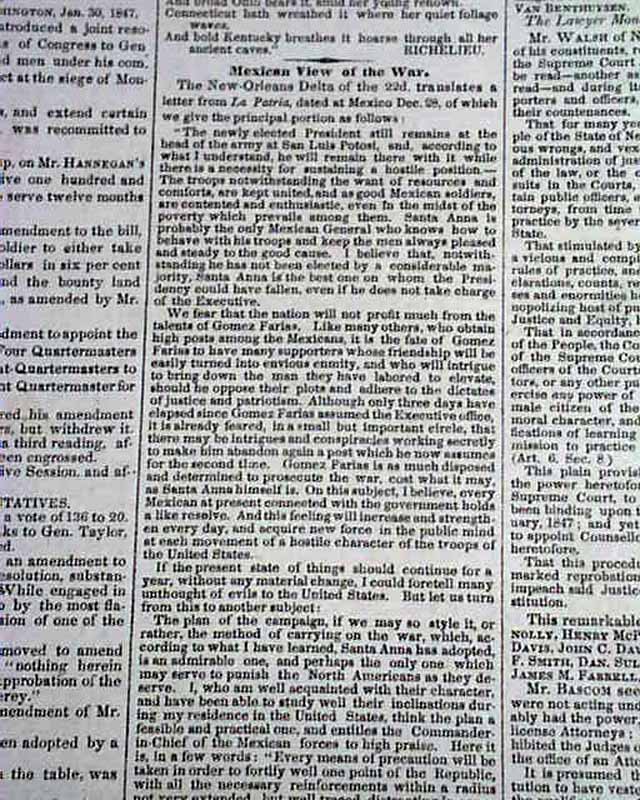 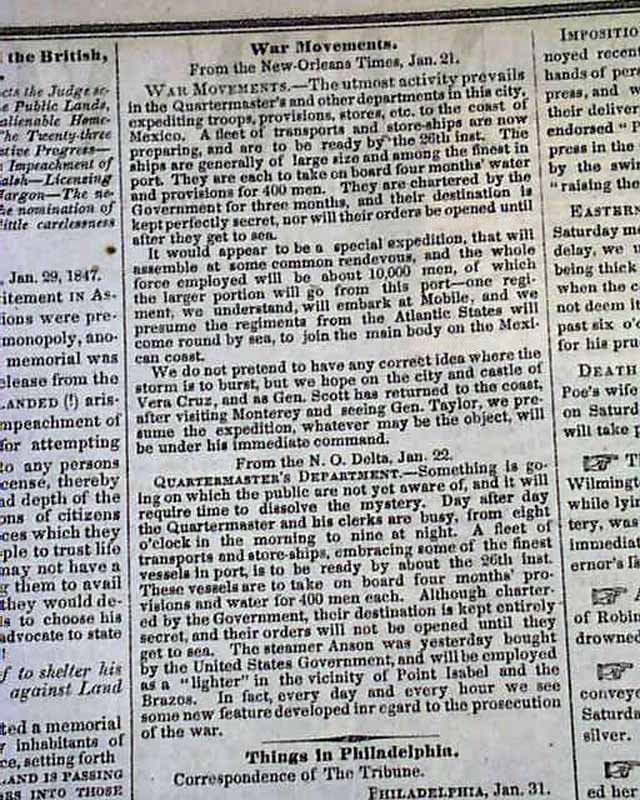 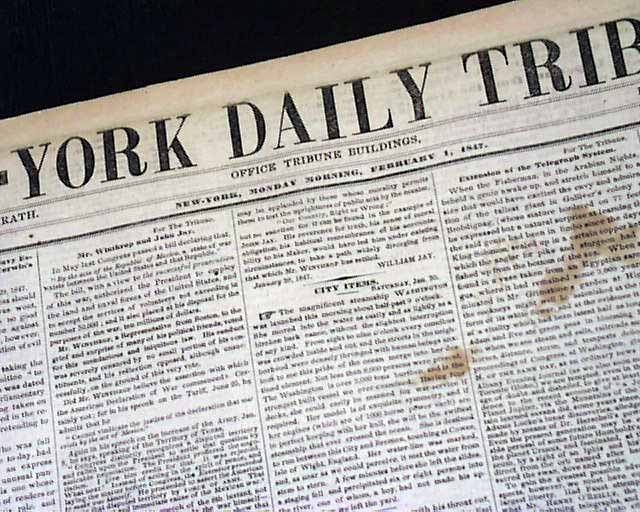 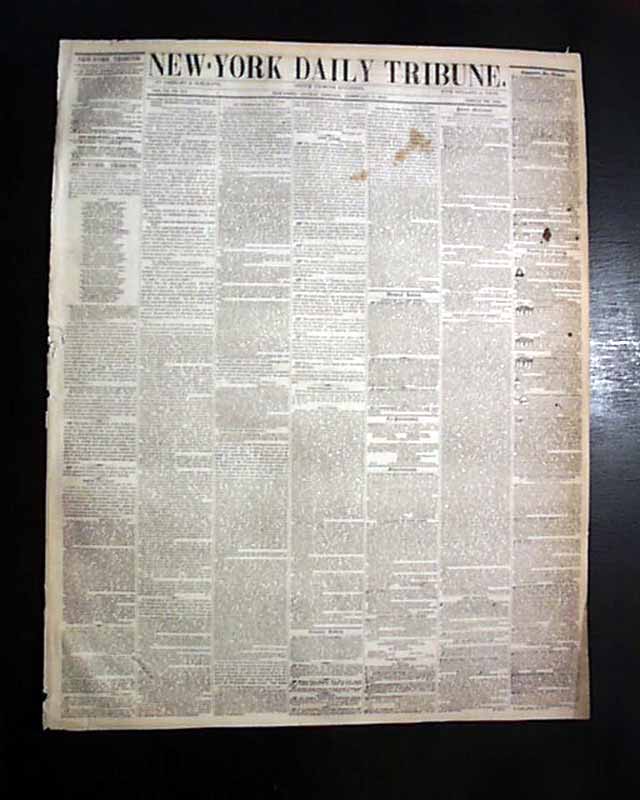