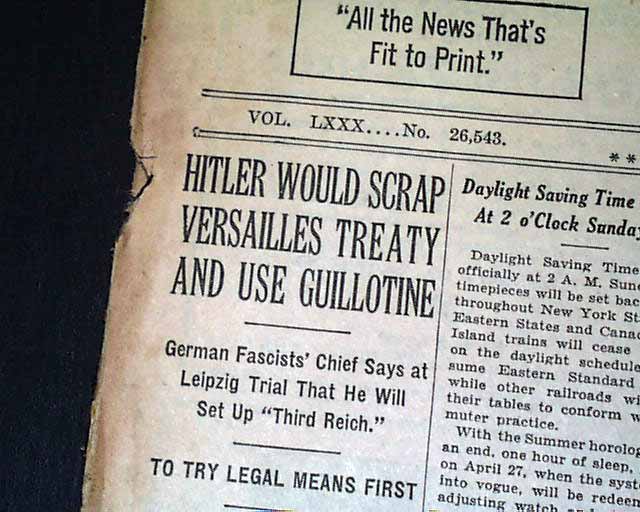 The top of the first column notes: "Hitler Would Scrap Versailles Treaty And Use Guillotine" "German Fascists' Chief Says at Leipzig Trial That He Will Set Up 'Third Reich'." "To Try Legal Means First" "Warns of Death For Many" with more (see). A very prophetic article on the trouble Hitler would cause, well before he would rise to international attention with the advent of World War II.
Also on the ftpg: "Jones Wins, Gains Golf Semi-Finals" with subheads on famed golfer Bobby Jones. The sports page has a banner headline regarding Bobby Jones, plus 4 golf photos, one showing him (see).
Other news of the day. Light browning, little margin wear, otherwise good.