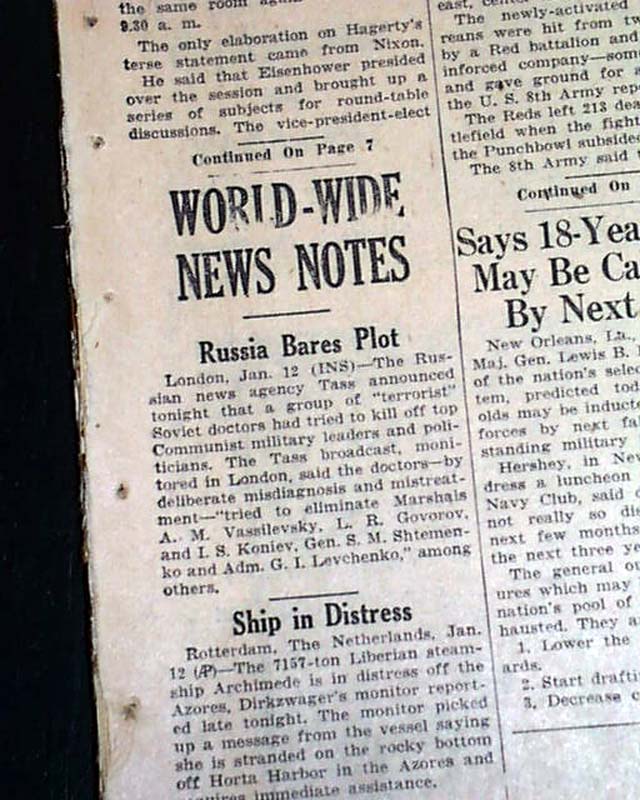 The front page has a small one column heading under "World-Wide News Notes": "Russia Bares Plot" Brief text here. The "Doctors' Plot" is considered to be the most dramatic episode of antisemitism in the Soviet Union under Joseph Stalin's regime.
Other news, sports and advertisements of the day. Complete in 32 pages, minor margin wear, nice condition.