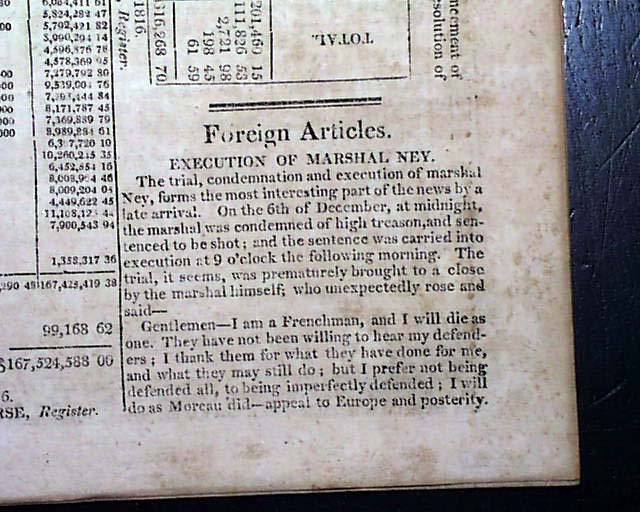 
NILES' WEEKLY REGISTER, Baltimore, February 3, 1816  One of the more notable items is the reporting (pages 401-402) of the  trial and execution of the beloved Frenchman Marshal Ney. Ney's execution was an example intended for Napoleon's other marshals and generals, many of whom were eventually exonerated by the Bourbon monarchy. Other news of the day is present throughout.
Complete in 16 pages, 6 by 9 1/2 inches, only scattered foxing, nice condition. 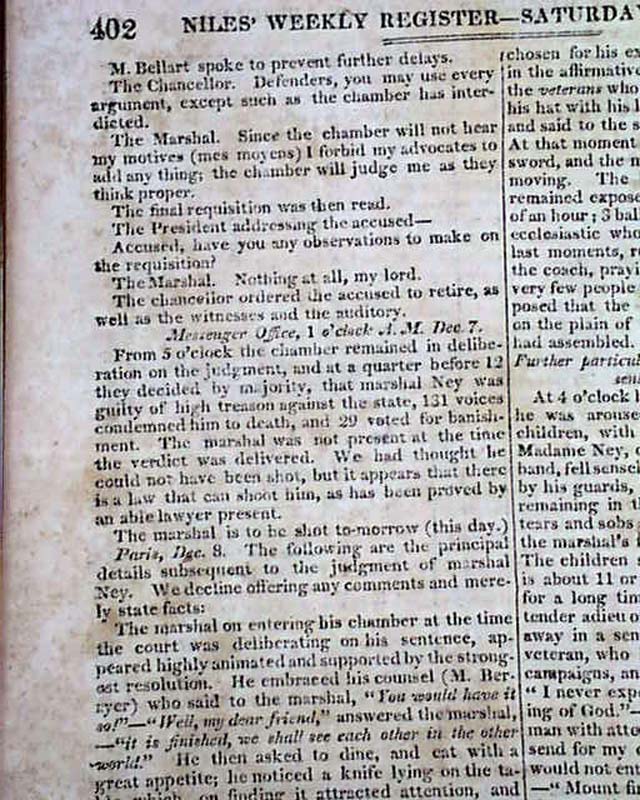 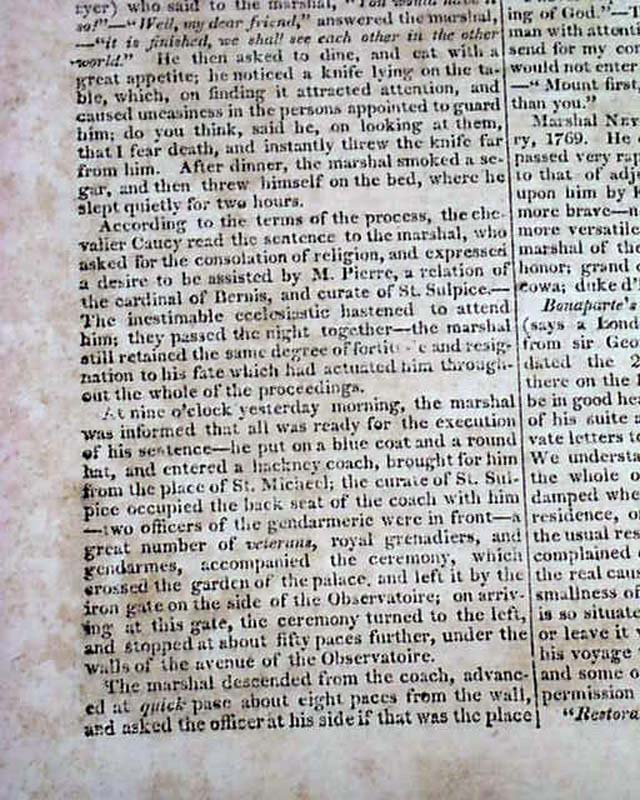 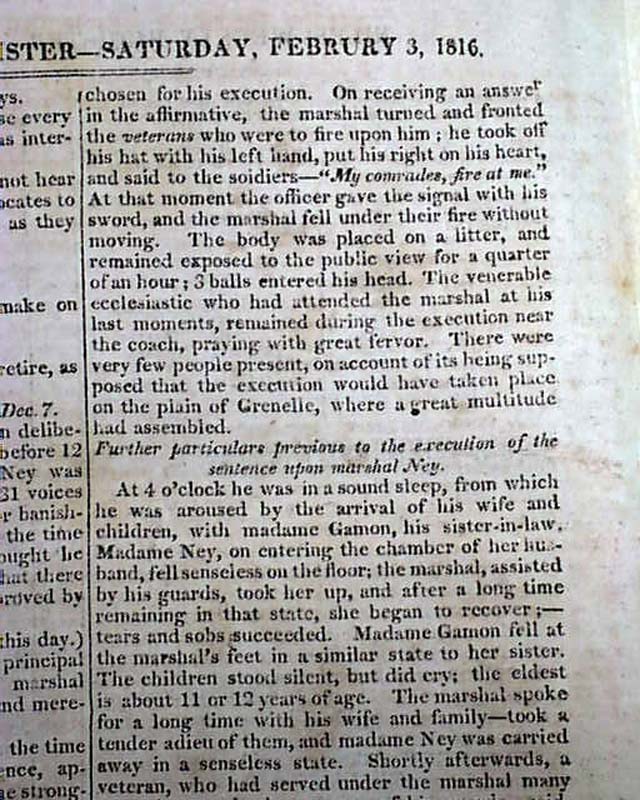 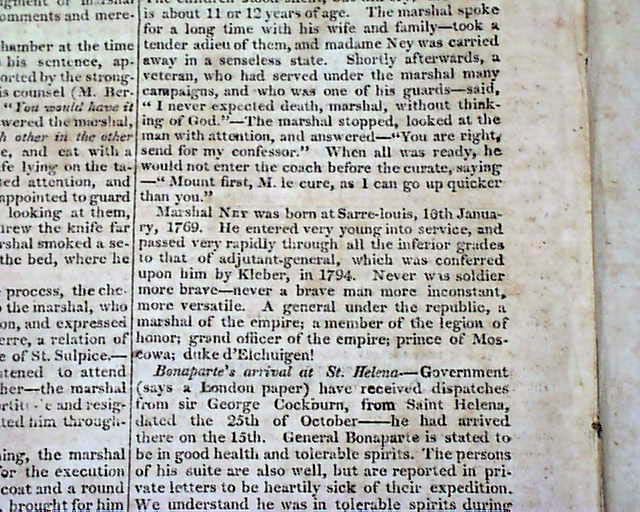 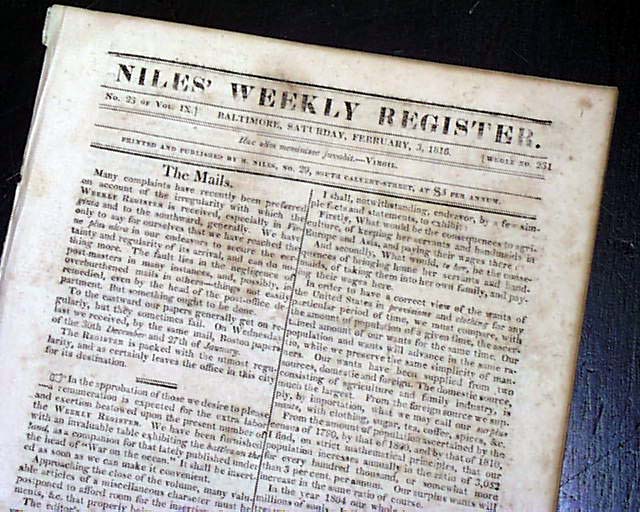 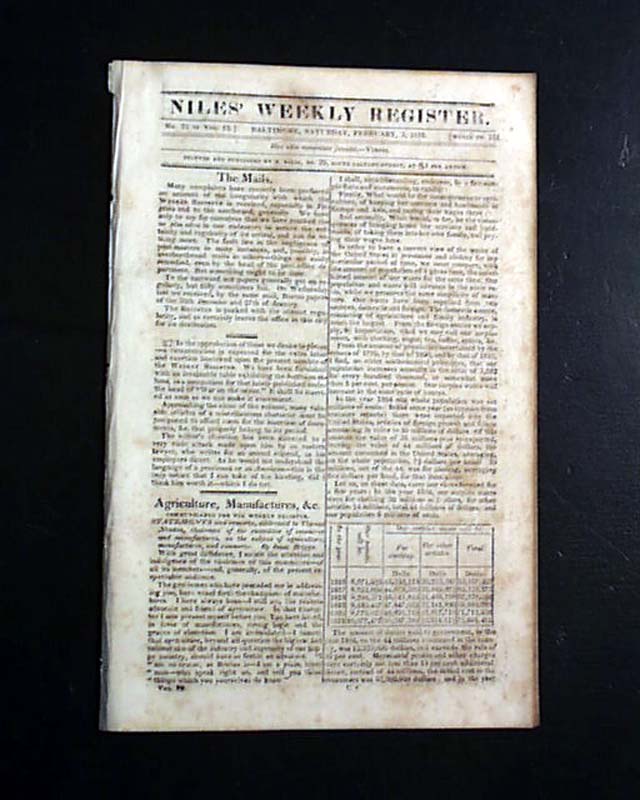