Home > Exploding volcanoes on the moon...
Click image to enlarge 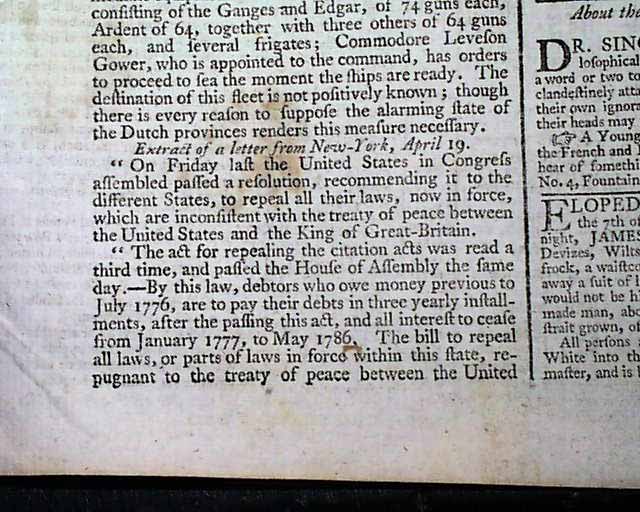 Exploding volcanoes on the moon...

Page 3 has a letter from New York noting: "...the United States in Congress...passed a resolution recommending it to the different states to repeal all their laws now in force which are inconsistent with the treaty of peace between the United States and the King of Great Britain..." with a bit more (see). The back page has an interesting item beginning: "Our great astronomer Mr. Herschel has lately discovered three volcanos in the Moon. the principal one, which is now burning, ejects great quantities of smoke and lava..." with more (see).
Four pages, a bit irregular at the spine, red tax stamp on the ftpg., nice condition.