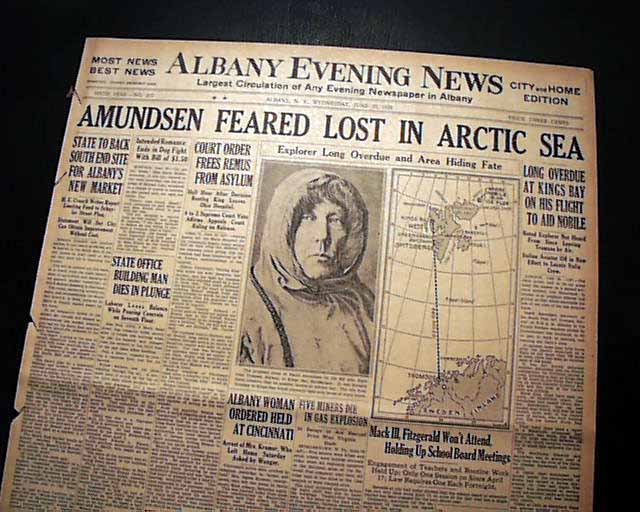 The front page has a nice banner headline: "AMUNDSEN FEARED LOST IN ARCTIC SEA" with subheads, photo and map. (see) Nice for display here. Confirmation of his death would be made later the same year.
Other news, sports and advertisements of the day. Complete 26 pages, a little margin wear, generally in good condition. 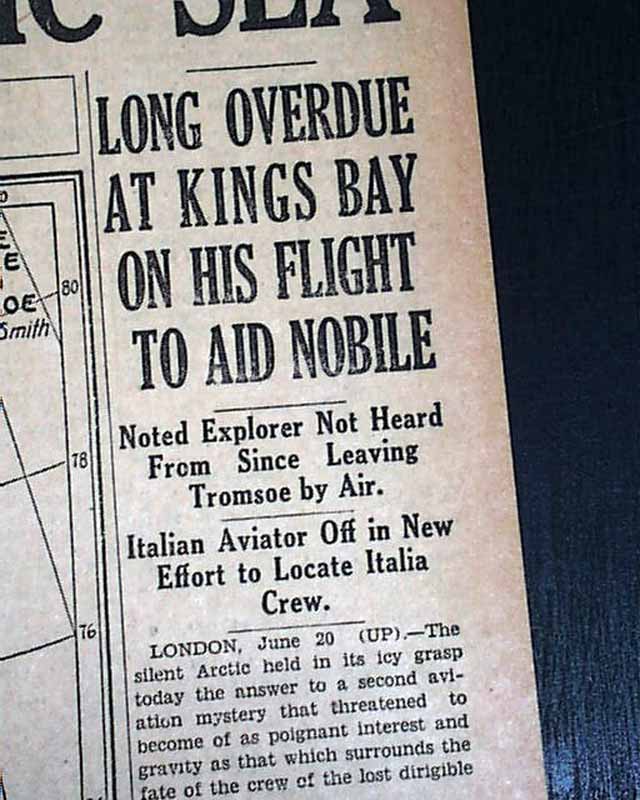 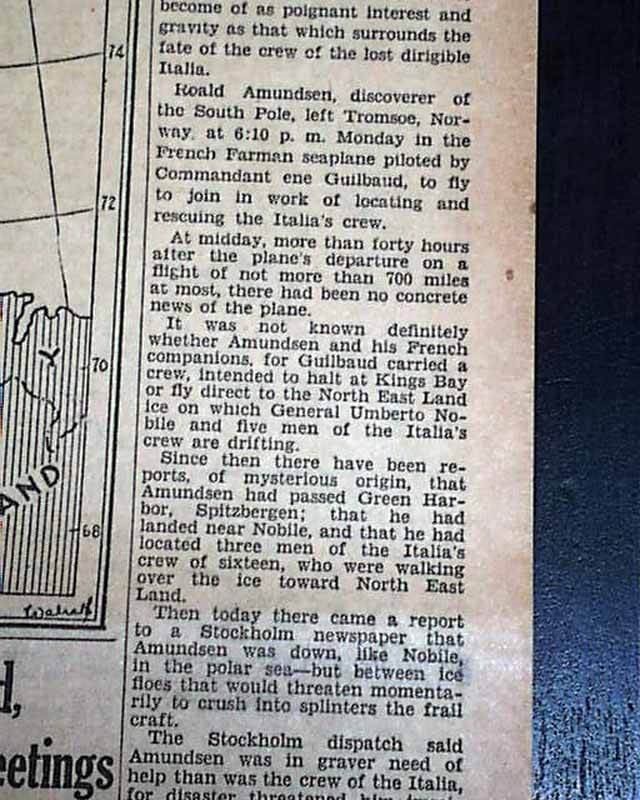 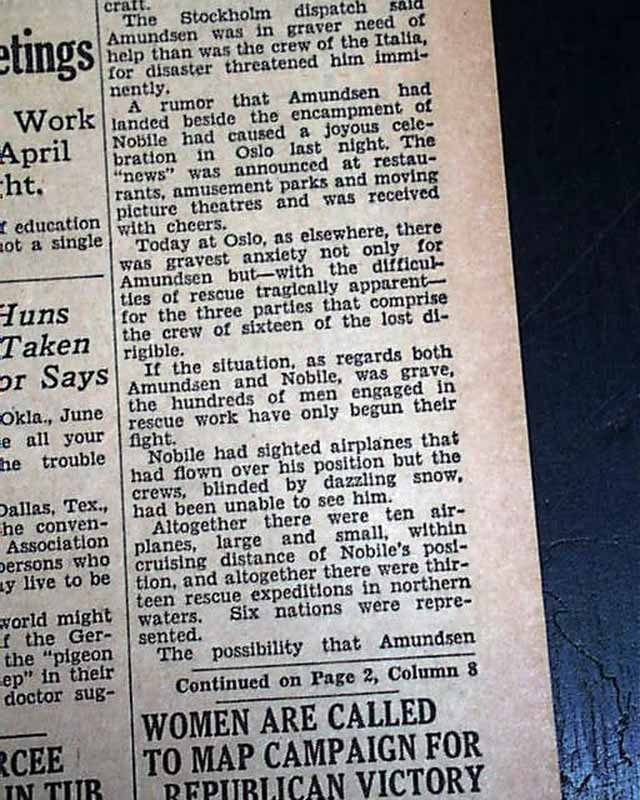 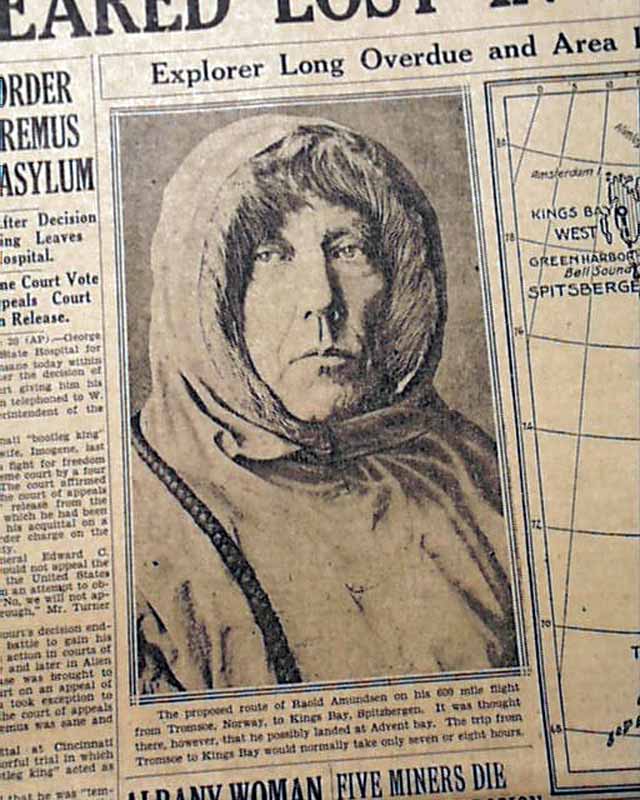 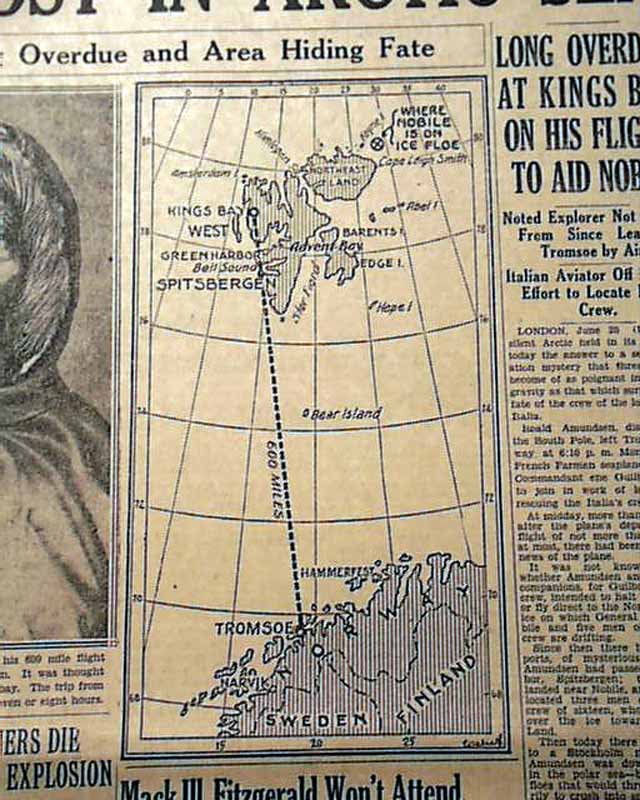 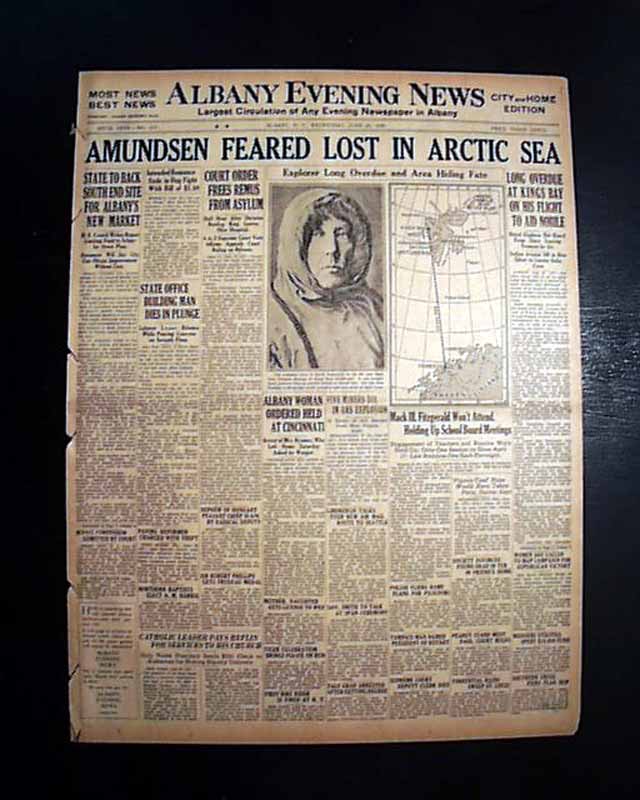