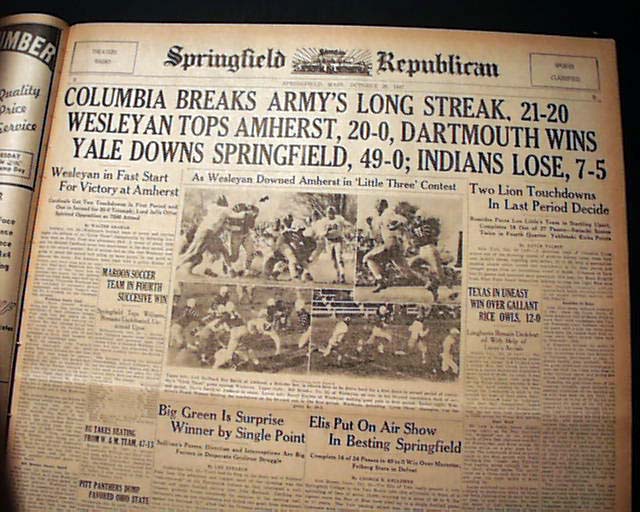 The front page of the sport's section (inside) has a nice banner headline: "COLUMBIA BREAKS ARMY'S LONG STREAK, 21-20" with subheads. (see) This game is considered one the greatest upsets in college football history.
Other news, sports and advertisements of the day. Complete in 50+ pages, nice condition.