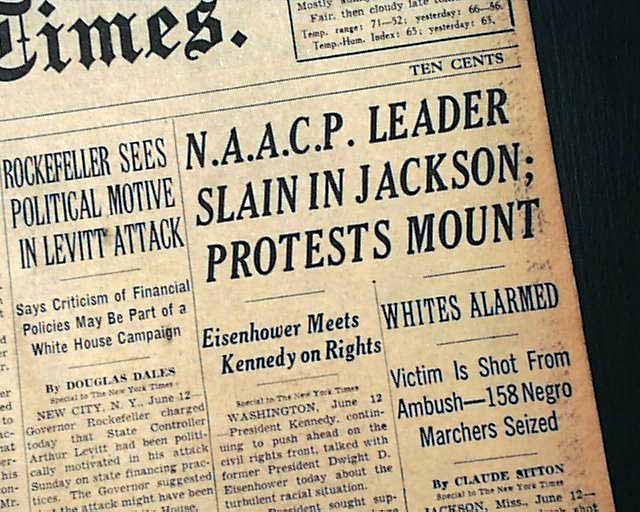 The top right of the front page has a 3-line, 2-column head: "N.A.A.C.P. LEADER SLAIN IN JACKSON; PROTESTS MOUNT" and subheads: "Whites Alarmed" "Victim Is Shot From Ambush---158 Negro Marchers Seized". Evers was a civil rights activist and field secretary of the NAACP who sought to overturn segregation at the University of Mississippi. Returning home on June 12 from a meeting he was shot in the back when exiting his car, dying shortly thereafter (see hyperlink for much more on Evers & his assassin). The article carries over to page 12 where there is also a photo of him and his wife.
Great to have this notable report on the front page of this famous newspaper. Complete in 68 pages, minor margin wear, nice condition. 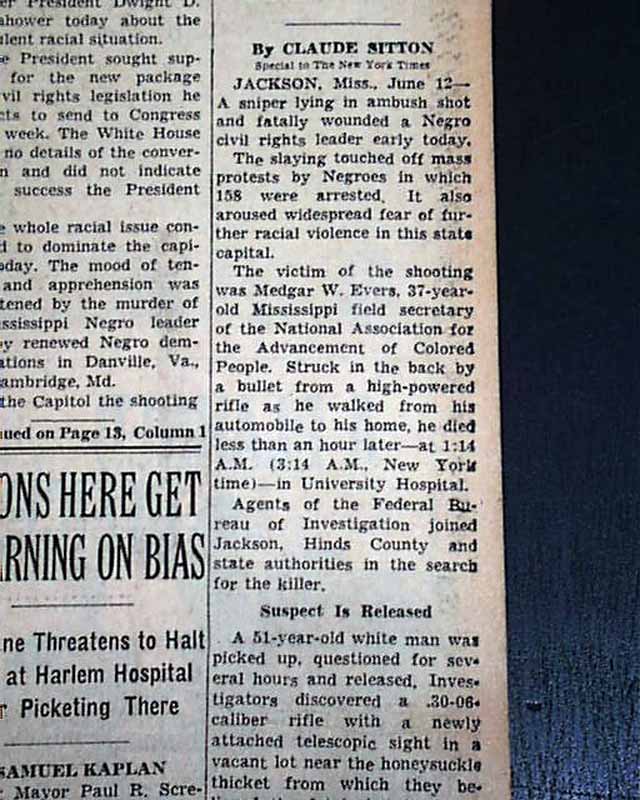 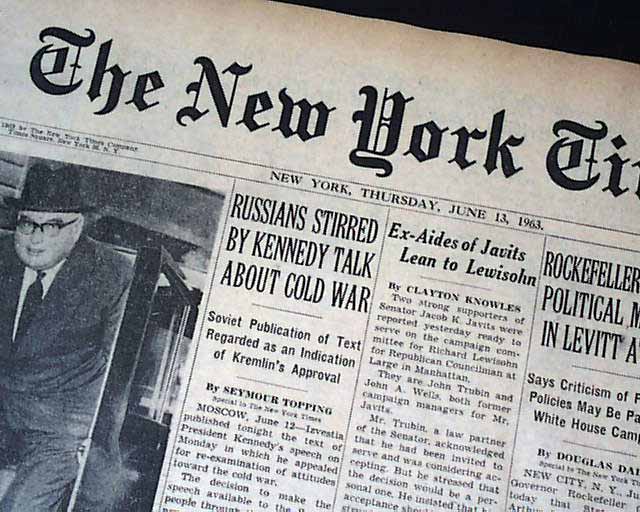 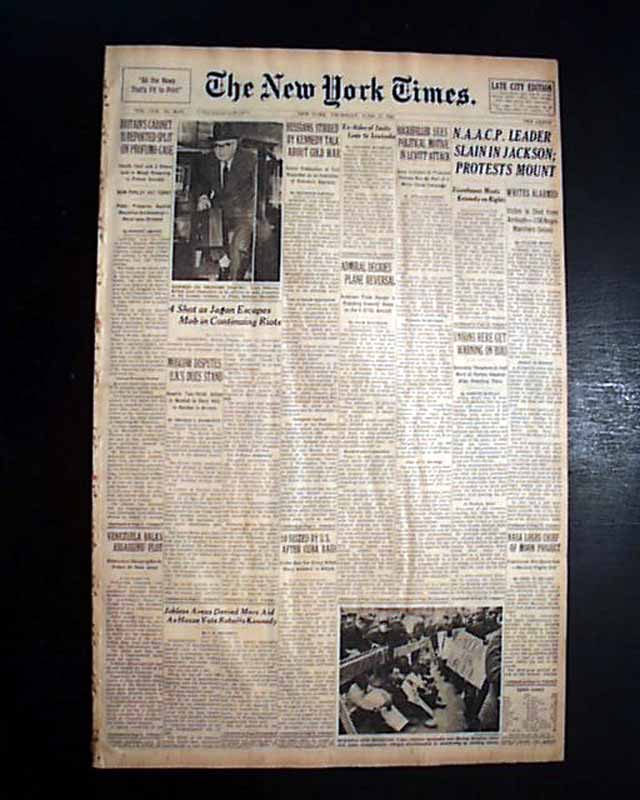 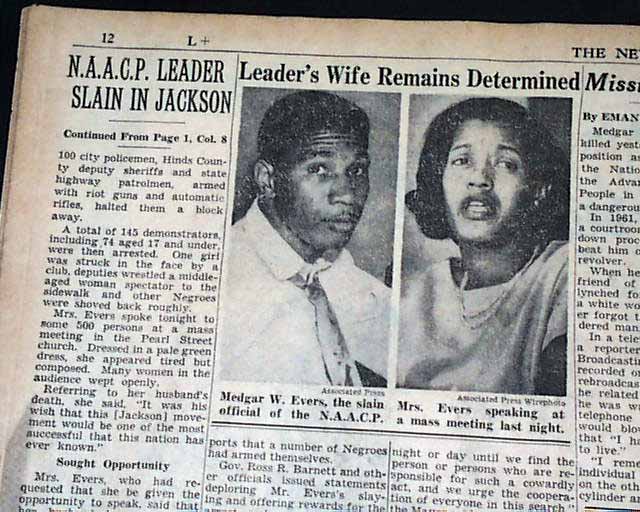 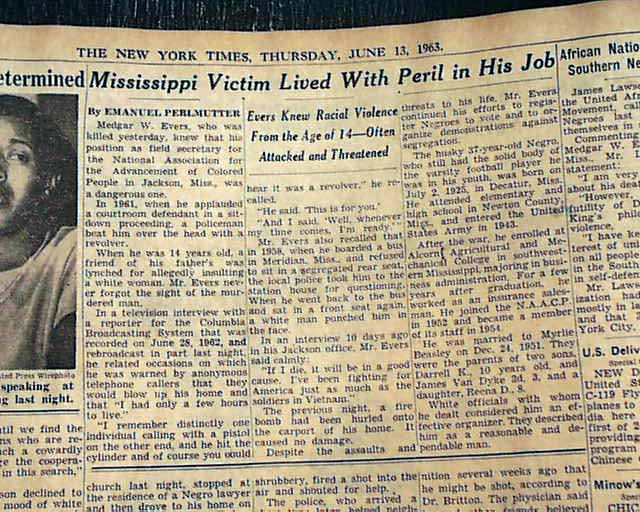