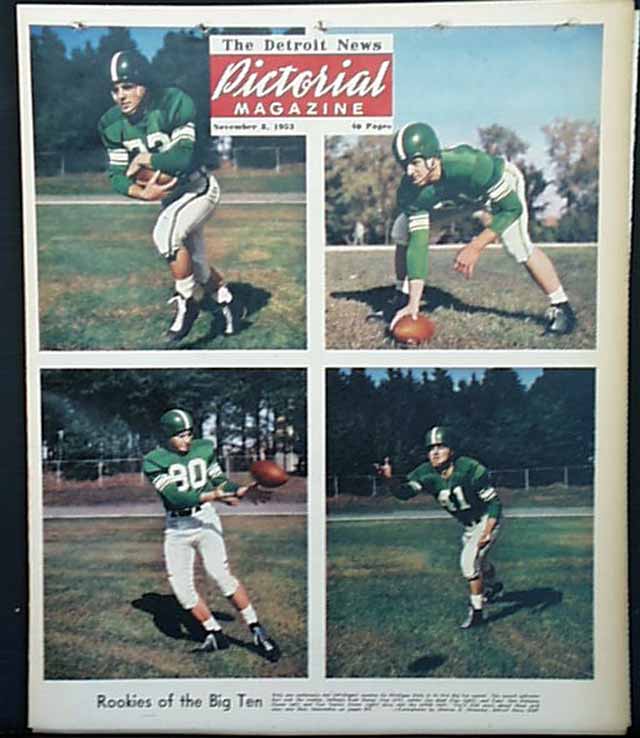 
THE DETROIT NEWS (Pictorial Magazine section only), Detroit, MI, November 8, 1953  The front cover has a great photo titled, "Rookies of the Big Ten", with additional coverage on page eight and nine.  The image shows close-up shots of Evan Slonac, Jim Neal, Don Dahoney, and Tom Yewic - players from Michigan State in its first season in the Big Ten. Inside coverage also has articles and photos focused on woman in football, which includes a shot of Debbie Reynolds posing as a passer standing on a stack of footballs. The double-page centerfold has, "Football Is a Man's Game, But Girls "Play" It Too."

The section is complete in 32 pages, has a few binding dimples in the upper margin, and is in overall nice condition - suitable for framing.