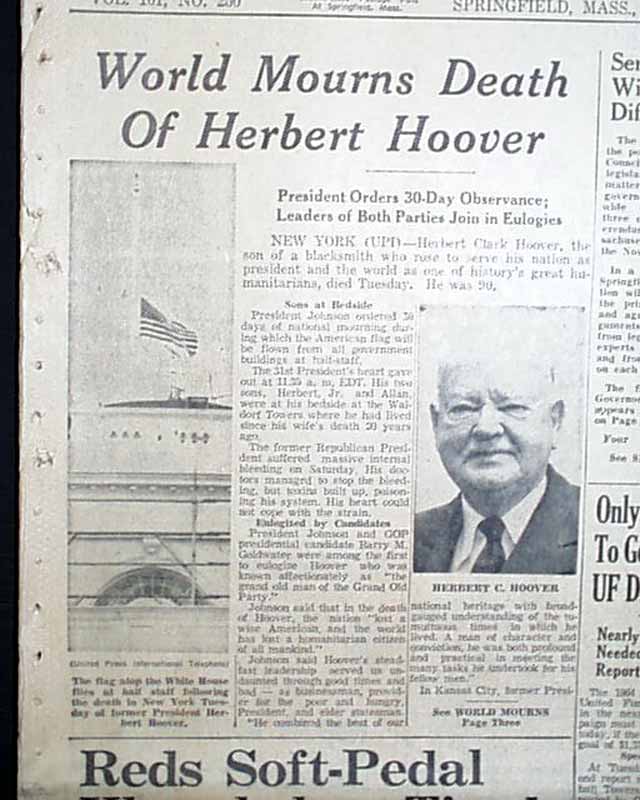 
THE SPRINGFIELD UNION, Springfield, Massachusetts, October 21, 1964  The front page of the issue has a three-column, two-line headline "World Mourns Death of Herbert Hoover" with subheads "President Orders 30-Day Observance; Leaders of Both Parties Join in Eulogies".  "Herbert Clark Hoover, the son of a blacksmith who rose to serve his nation as president and the world as one of history's great humanitarians, died Tuesday. He was 90...". This includes a small photo of "Herbert C. Hoover" and one of the flag atop the White House being lowered to half staff. Coverage continues inside.
Other news, sports and advertisements of the day are within.
This is complete in 38 pages with small binding holes along the left spine, otherwise is in good condition.