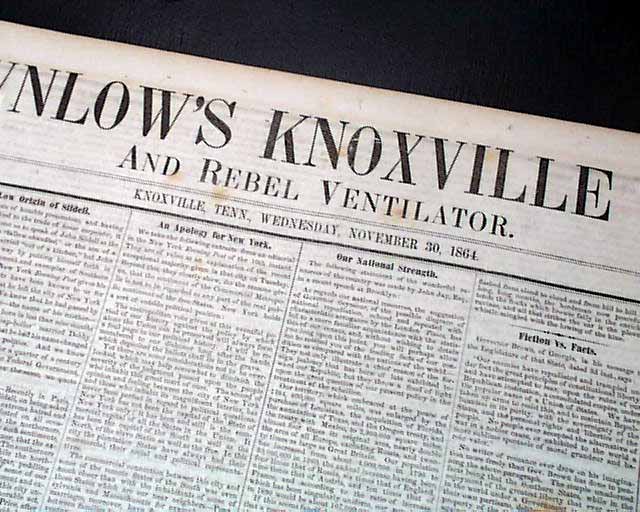 W. G. Brownlow, or  Parson Brownlow, was a fascinating personality to say the least. He regarded anyone who disagreed with him about religion or politics as an enemy. The circuit-riding Methodist parson turned to the press to spread his harsh anti-Presbyterian, anti-Calvinist rhetoric, and to spread his fervently held views on the inferiority of blacks & his unalterable opposition to secession. In 1861 Brownlow’s criticism of the Confederacy led the government to shut down his newspapers for 2 years. In December, 1861, Brownlow was arrested on a charge of high treason against the Confederacy. He spent much of 1862 touring the North giving pro-Union lectures & when he returned to Knoxville in 1863 the federal government provided him with a press, some type, $1500, & a government printing contract (credit Wikipedia). See the hyperlink for more on Brownlow.
His first issue under the title noted was dated Nov. 11, 1863 but after just 2 issues it would be suspended until January 9, 1864, and then it would only last until February, 1866.
Among the many fascinating articles are: "Trouble in Richmond--Gloom & Division of Sentiment" "Our National Strength" "Trials for Treason" "Breckinridge's Proclamation" "Reported March of Sherman" "Keep it Before the People" "Death of a Big Rebel" and much more.
The back page has nearly half a column taken up with the: "Prospectus of Brownlow's Knoxville Whig and Rebel Ventilator". Complete in 4 pages, irregular at the blank spine, nice condition.
An opportunity for one of the more fascinating newspapers of the Civil War. 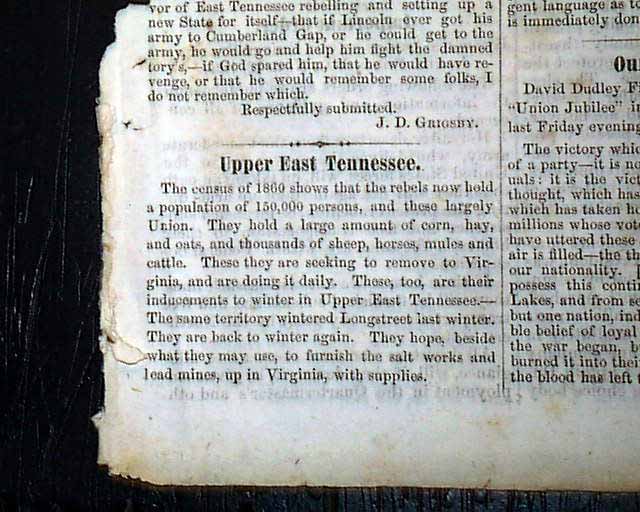 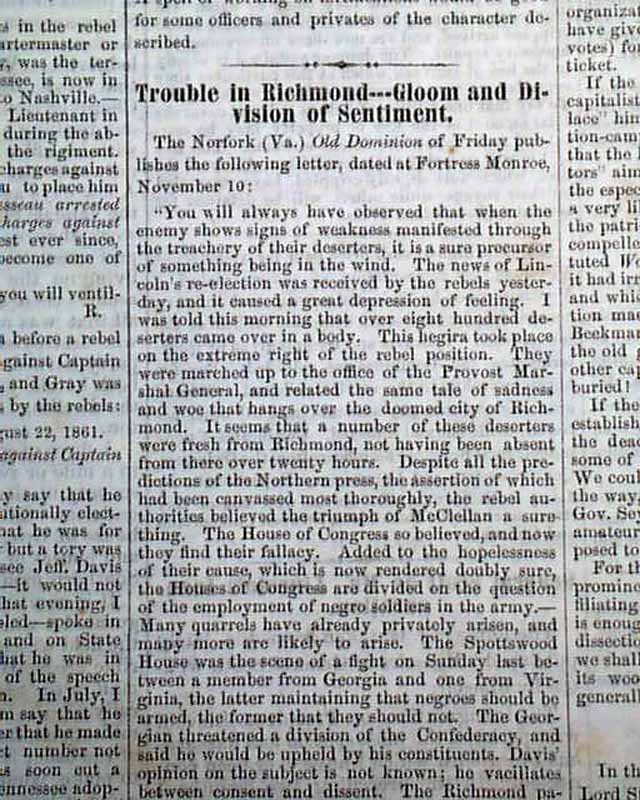 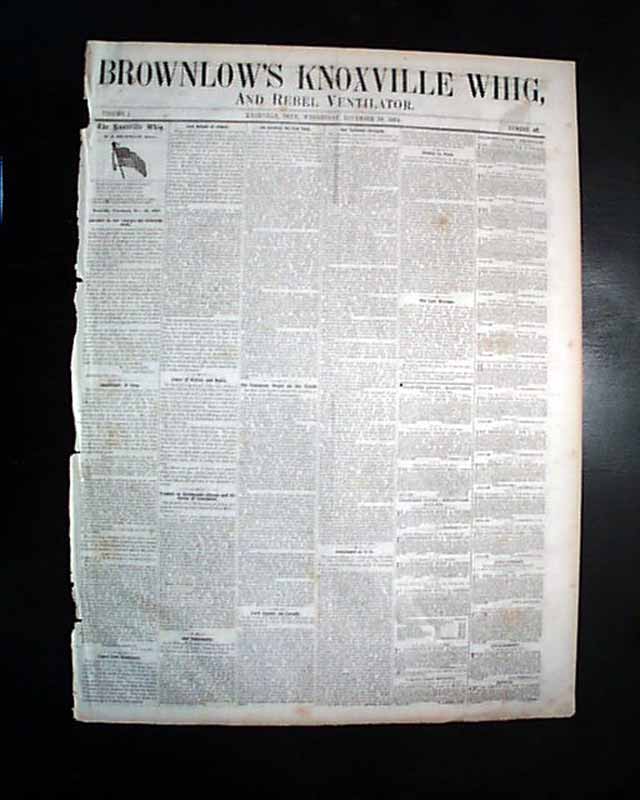 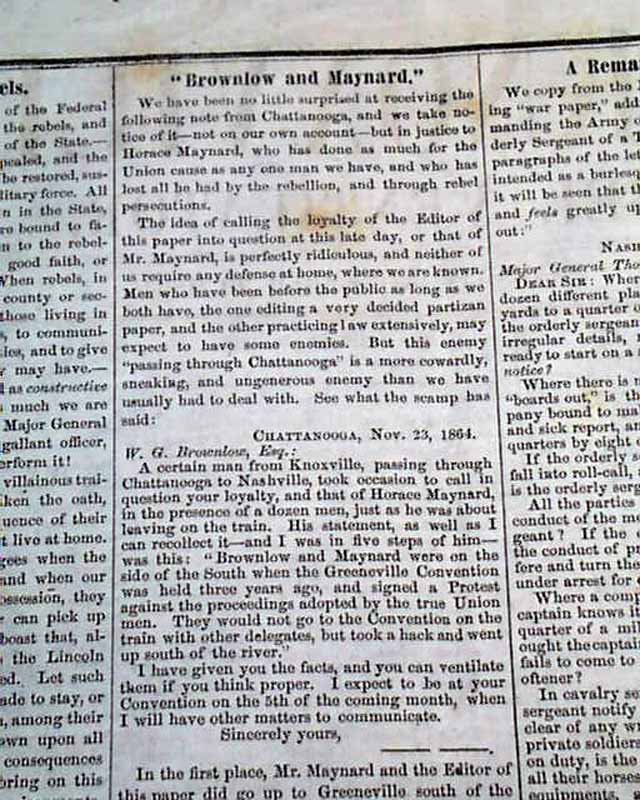 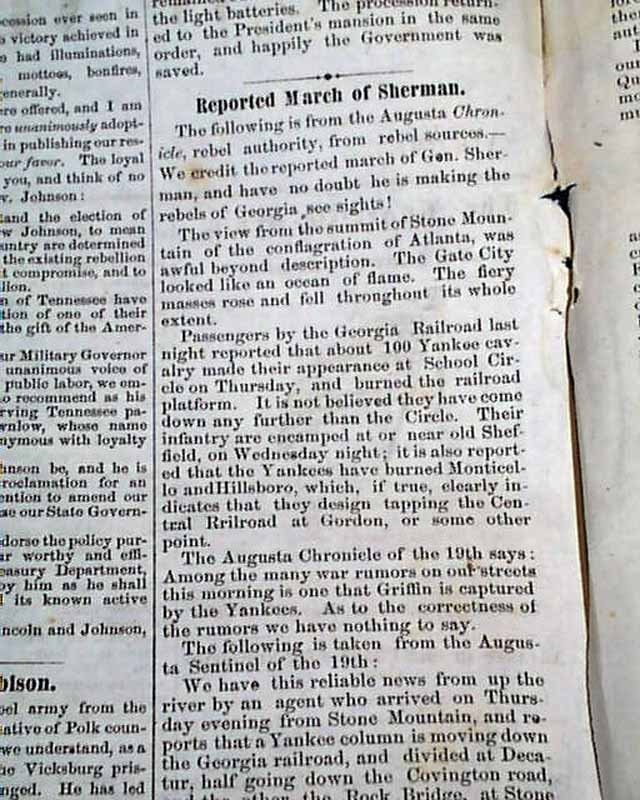 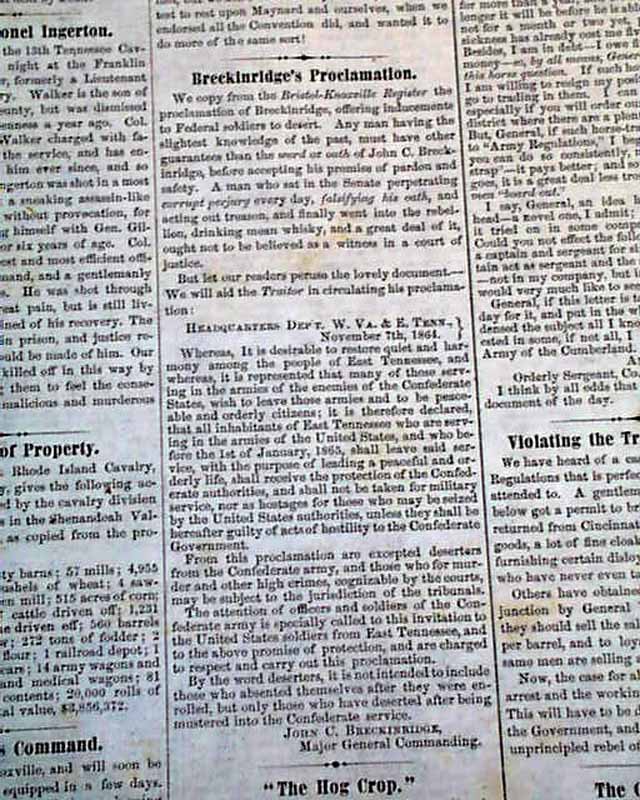 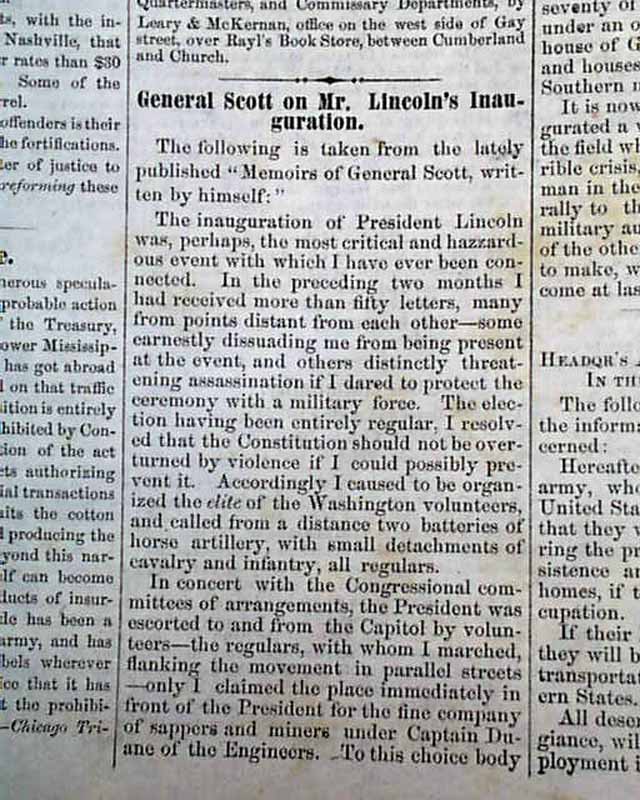 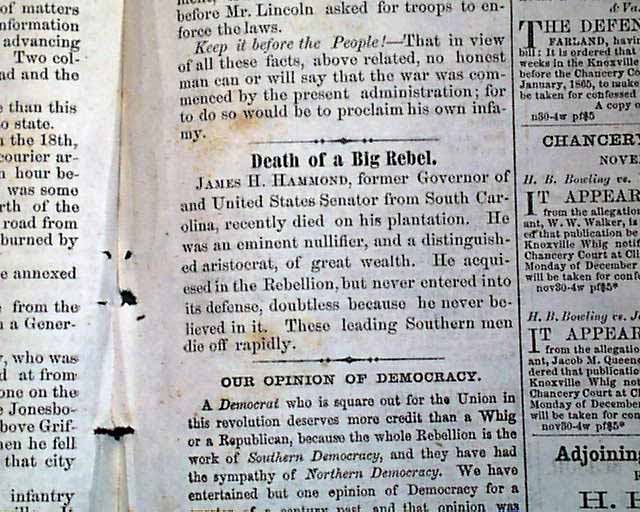