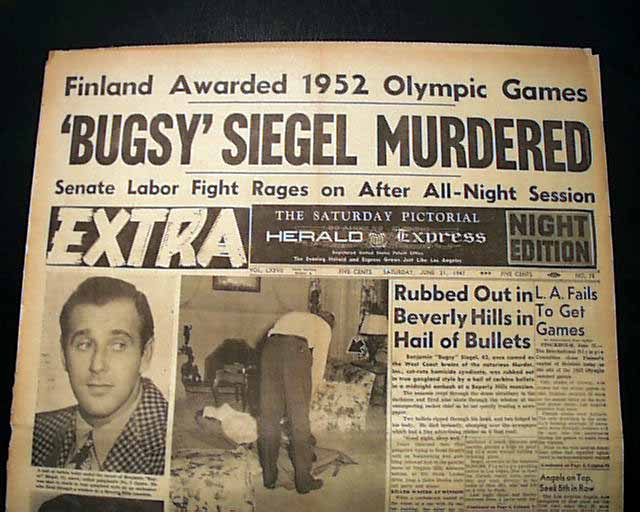 Banner headline reports on the death of this gangster are rarely found, but here is a nice one: " 'BUGSY' SIEGEL MURDERED" with a photo of him and a subhead: "Rubbed Out In Beverly Hills in Hail of Bullets". Also a photo of a woman friend, the home where he was killed, along with 2 other related photos. Great to have this report in a newspaper from the city where the murder happened.
A partial first section (of 3) with pages 1, 2, 3, 4, 5, 6, 11, 12, 13, 14. Partially loose at the spine, nice condition.