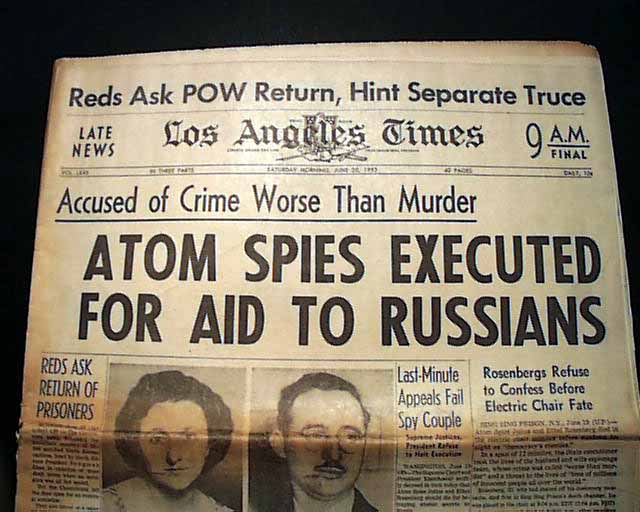 A bold banner headline announces: "ATOM SPIES EXECUTED FOR AID TO RUSSIANS" with a lead-in head: "Accused of Crime Worse than Murder". The ftpg. has photos of Ethel & Julius Rosenberg.
Seemingly the first 2 sections (of 3) with 36 pages of 40 called for. Toning at the central fold, a little margin wear, generally nice.