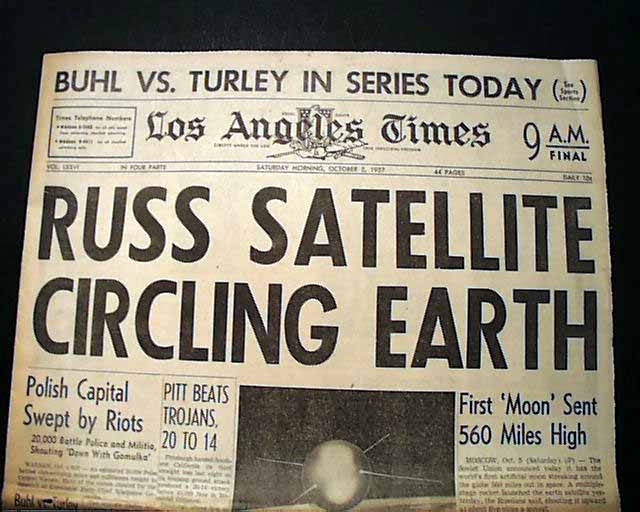 This is perhaps the best headline I have seen on the Soviet's taking the lead in the space race, reading: "RUSS SATELLITE CIRCLING EARTH" with a related subhead: "First 'Moon' Sent 560 Miles High". There is also an illustration of Sputnik.
This event shocked the American scientific community and sufficiently scared the Americans into an all-out space race. There was great fear at the time of Soviet dominance of space and the potential use of satellites for military purposes (see hyperlink for much more).
A very significant issue for any space-themed collection.
The complete issue with all 4 sections and in very nice clean condition. 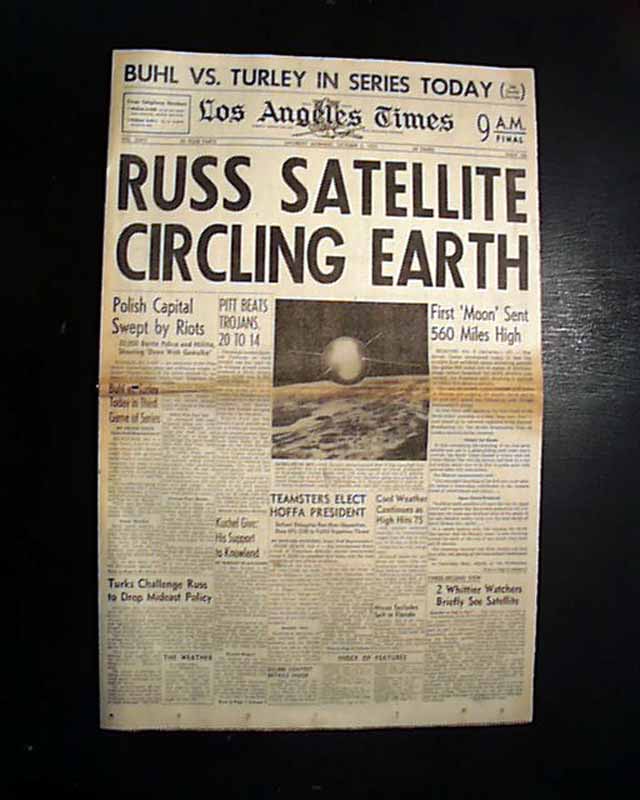 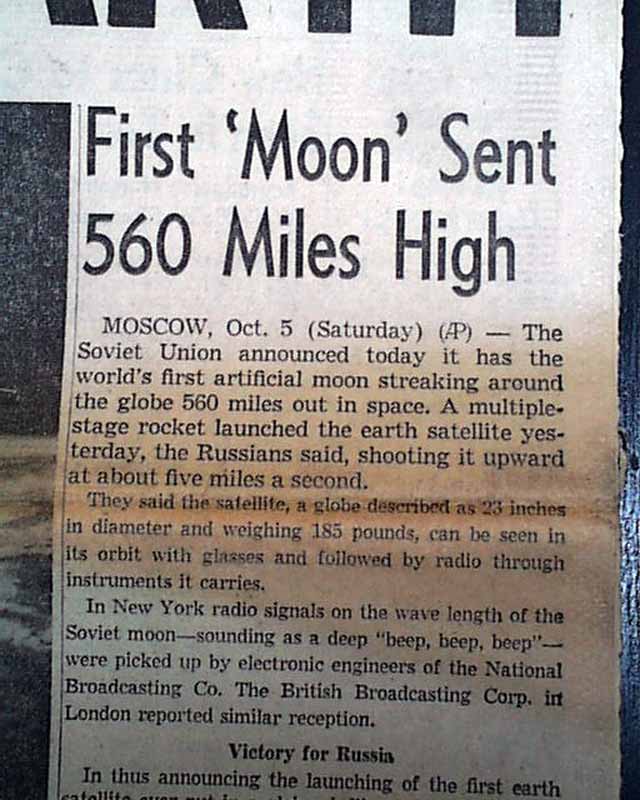 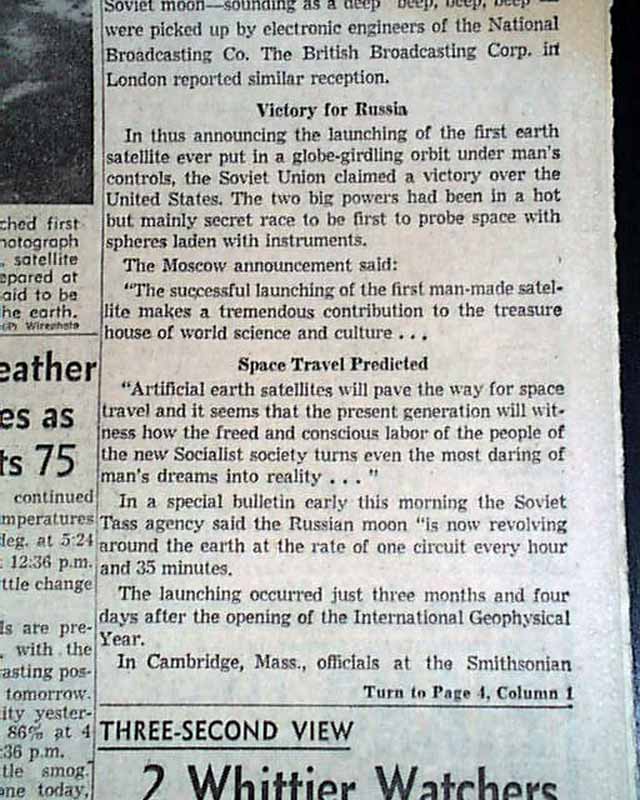 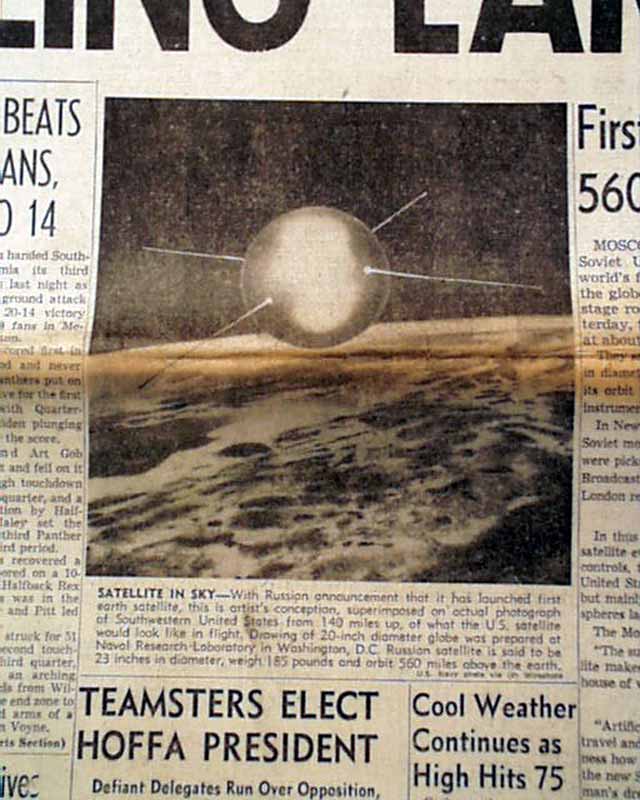 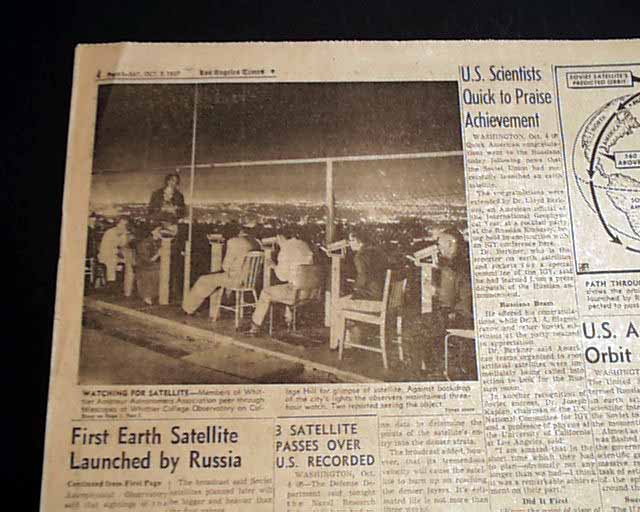 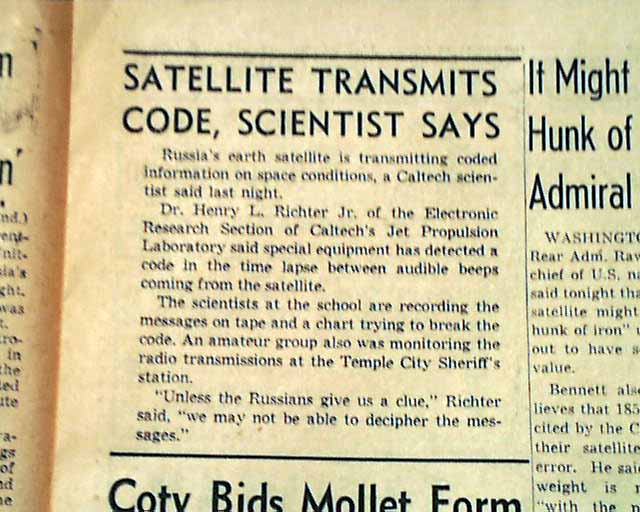 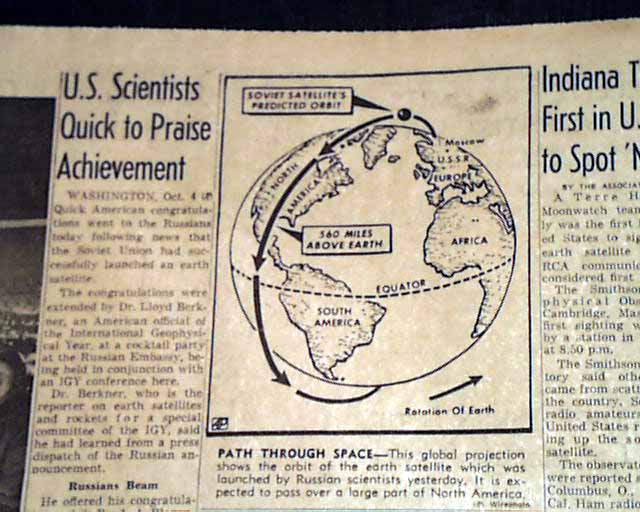