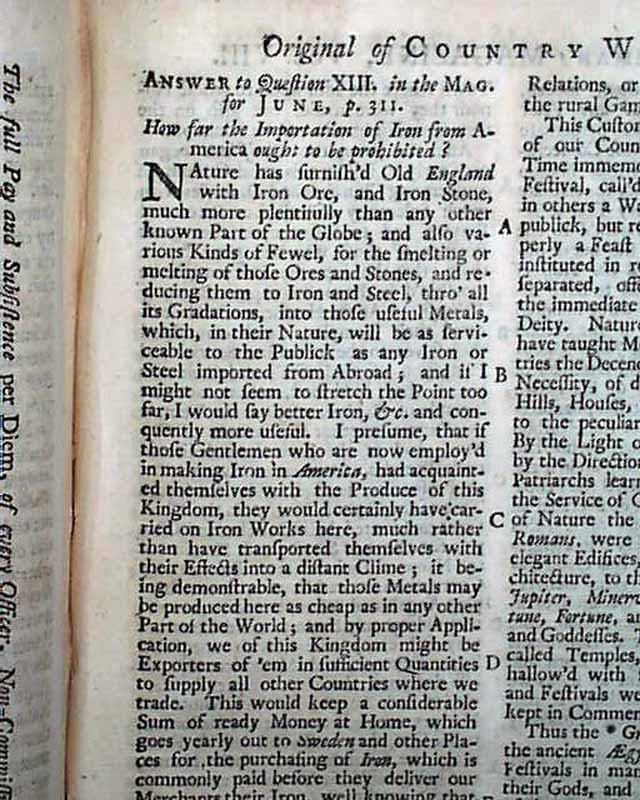 Mention of importing iron from America...

Item # 605913 THE GENTLEMAN'S MAGAZINE, London, England, September, 1738  A very nice pre-Revolutionary War magazine from the "mother country" with a wide range of varied content including news of the day, political reports, literary items, and other unusual tidbits. This was the first periodical to use the word "magazine" in its title, having begun in 1731 and lasting until 1907.
Among the articles noted in the table of contents are: "Reasons for a Standing Army after the Revolution" "Passage from a Celebrated Patriot" "Rates of Pay & Subsisgtence of Officers on the English Establishment" "Matrimony in Old Women Ridiculed" "Mr. Moore's Account of the Negro Kings" and more.
One of the articles which takes most of a column is headed: "How far the Importation of Iron from America Ought to be Prohibited?"
Near the back is a section headed: "Historical Chronicle" with news from England & other parts of Europe. One of the articles briefly notes: "They began to drive piles in the Thames for the foundation of the first pier of the new bridge from Westminister to Lambeth".
Complete in 54 pgs. with full title/index page which contains an engraving of St. John's Gate. Measures about 5 1/2 by 8 inches, very nice condition.
There are no plates or maps called for in this issue. 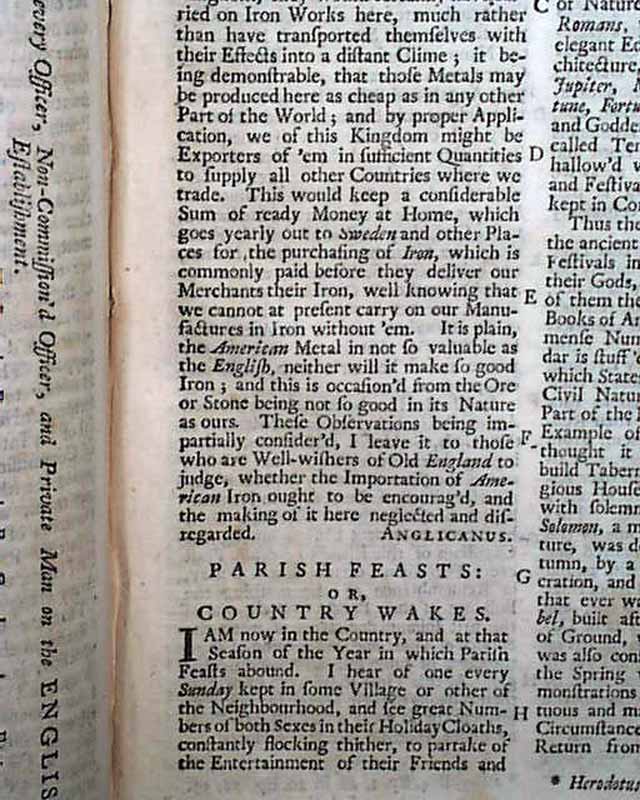 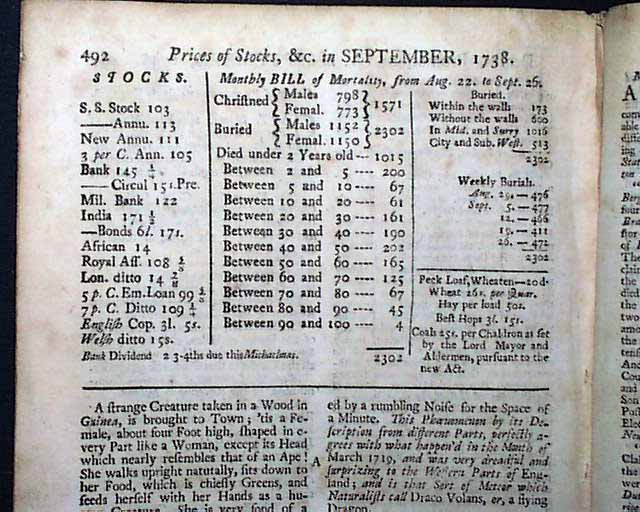 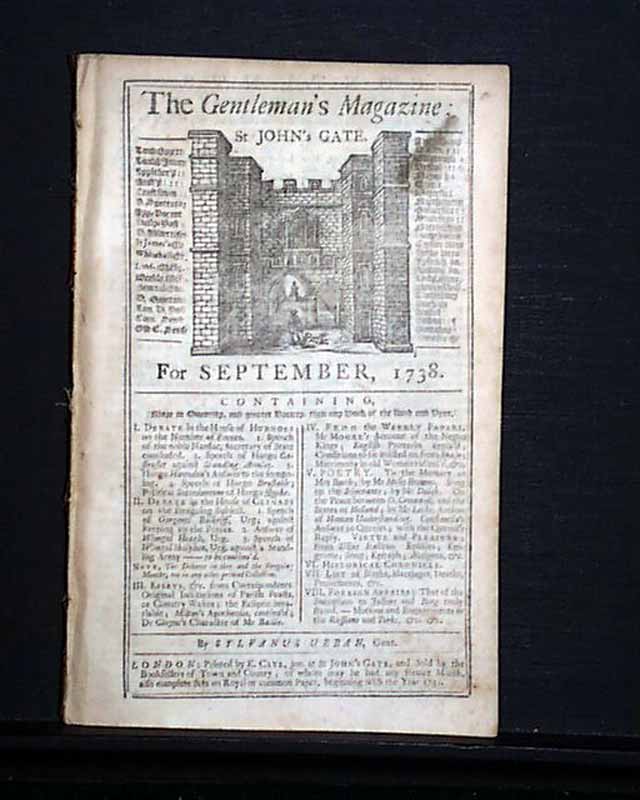