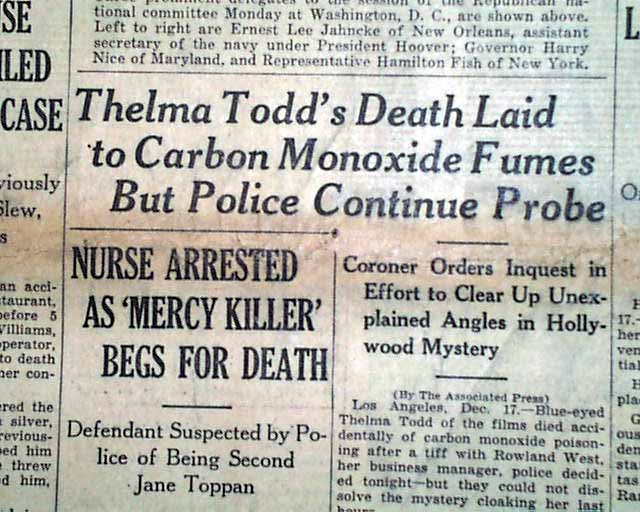 The front page has a two column headline: "Thelma's Todd's Death Laid to Carbon Monoxide Fumes But Police Continue Probe" with subhead. Coverage on the strange death of Hollywood actress, Thelma Todd. The cause of her death is still in debate till this day.

Other news, sports and advertisements of the day throughout. Complete in 38 pages, light browning, minor margin wear, otherwise good.