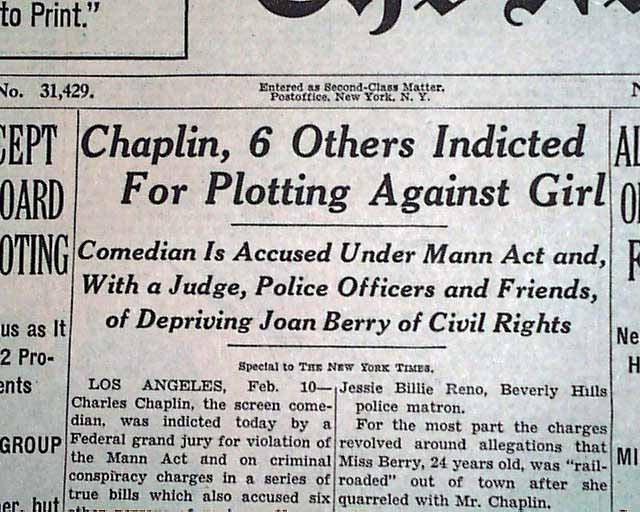 "Chaplin, 6 Others Indicted For Plotting Against Girl"
"Comedian Is Accused Under Mann Act and, With a Judge, Police Officers and Friends, of Depriving Joan Barry of Civil Rights"

Nice to have in this famous NYC title. Other news, sports and advertisements of the day with much on World War II. Complete in 34 pages, nice condition.