Home > Back to Search Results > The improvement of wine... George Barrington... exiled from town...
Click image to enlarge 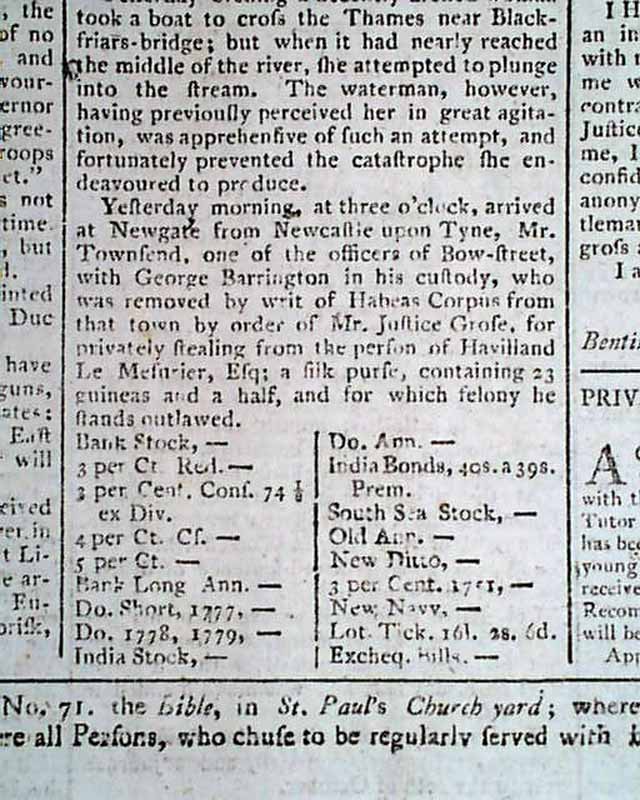 
THE LONDON CHRONICLE, July 26, 1788 The second column on page 96 contains the report of George Barrington (of eventual Botany Bay fame) being removed from town by a writ of Habeas Corpus due to his stealing - he stands outlawed. Page 94 has an article regarding the "improvement of wine." Other news of the day and period advertising are found throughout.