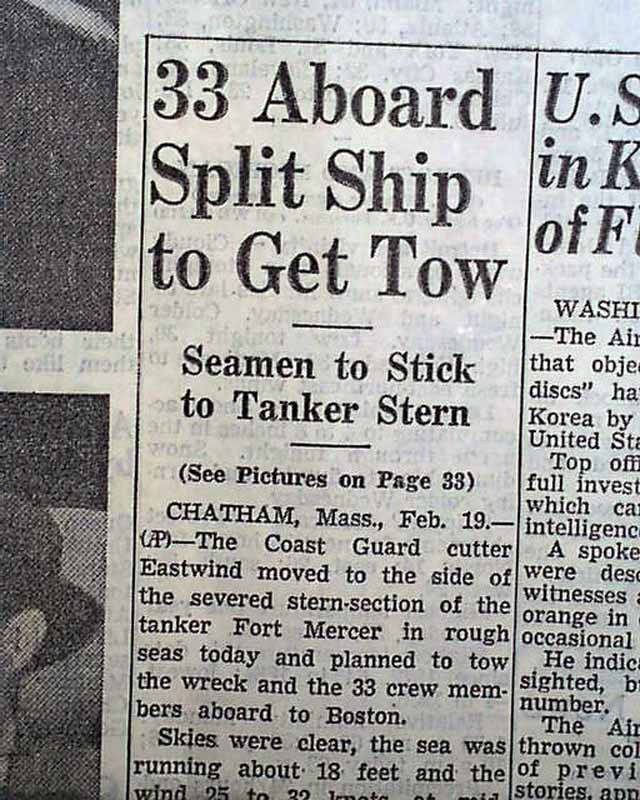 
THE DETROIT NEWS, Detroit, Michigan, February 19, 1952  The front page of this issue has a column-wide headline "33 Aboard Split Ship to Get Tow" with sub-head "Seamen to Stick to Tanker Stern" which relates to two tankers, the SS Pendleton and SS Fort Mercer, both were split in two in rough seas from storms. The Coast Guard were sent in to rescue them. Also included are two large photos of the tankers on page 33.
Also on the front page is an article "U.S. Airmen in Korea Tell of Flying Disc".
Page 33 also carries "Knut Hamsun Is Dead at 92", "Author Once Tried as Nazi Sympathizer" which includes a small photo of him.
Other news, sports and advertisements of the day are within.
This is complete in 44 pages with several binding holes along the left spine, otherwise is in good condition. Rag edition.