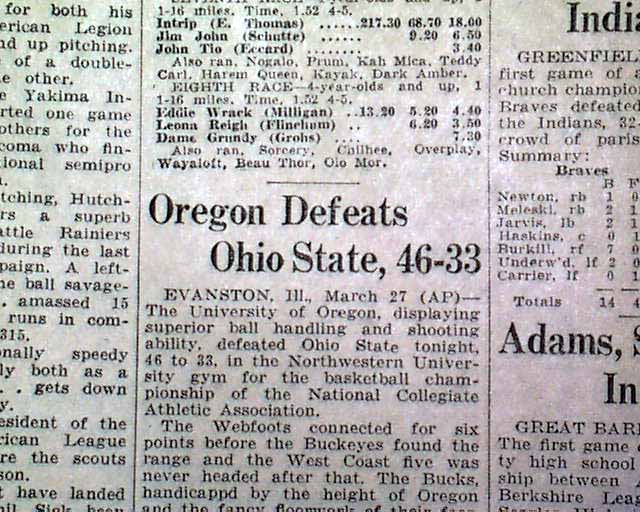 The sport's section has a modest, one column report on the final game of the very first NCAA basketball championship ever held, with heading: "Oregon Defeats Ohio State, 46-33". With present-day interest in the NCAA tournament culminating in a highly hyped "March Madness" tournament which dominates the sports world for weeks, it is interesting to note the very modest beginning of this famed tournament. Unfortunate for the small report here, but nice to have from the city that basketball was originally invented. A rare opportunity for a newspaper account of the very first NCAA basketball championship.

Other news, sports and advertisements of the day. Complete in 20 pages, good condition. 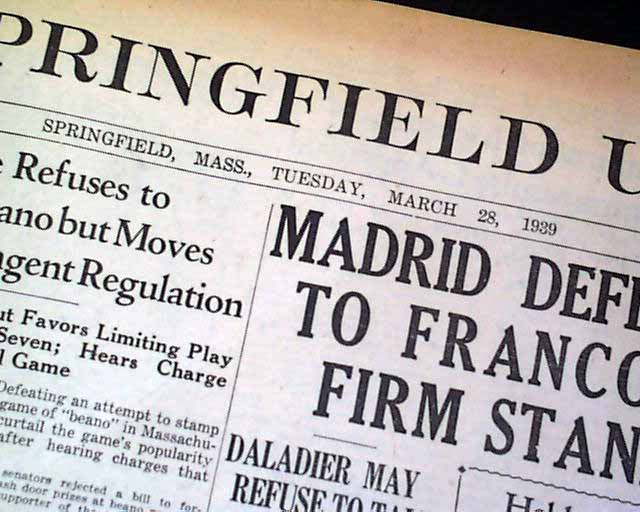 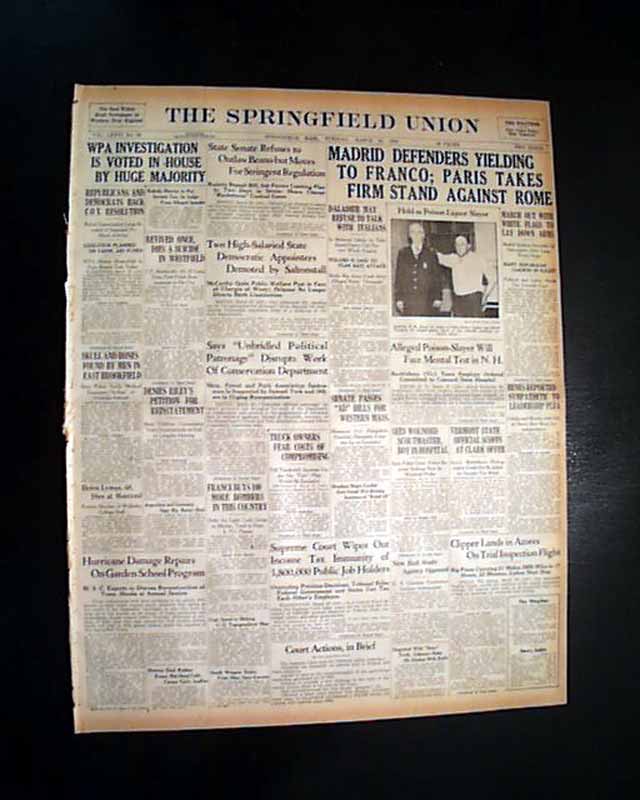 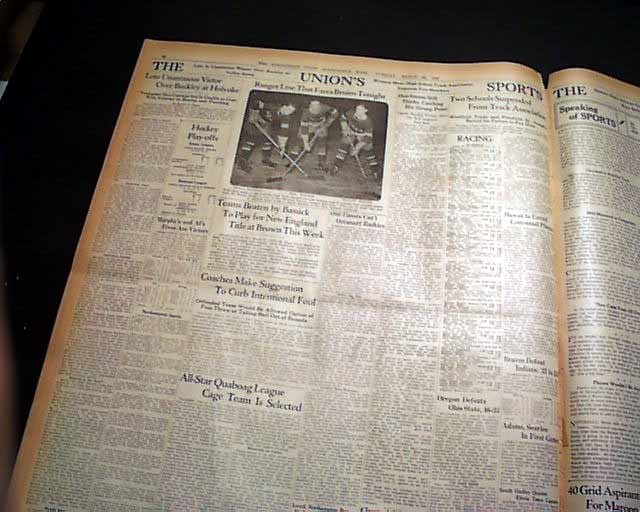 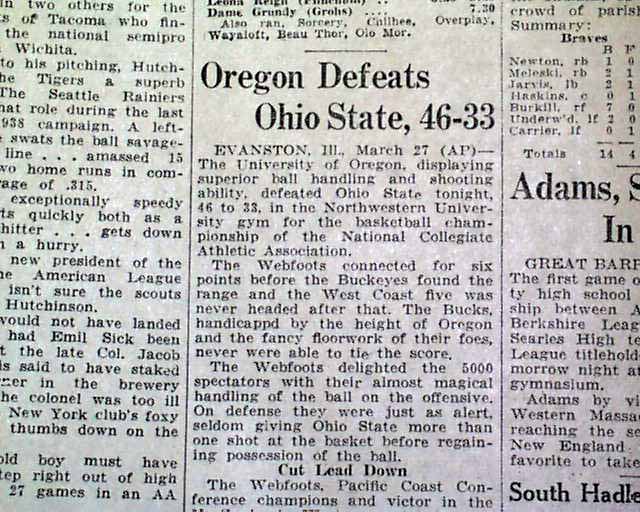 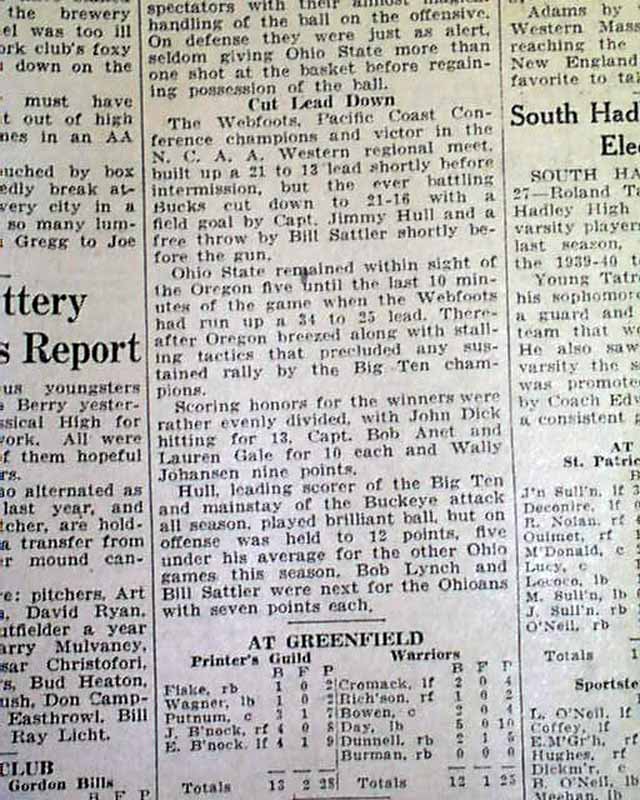 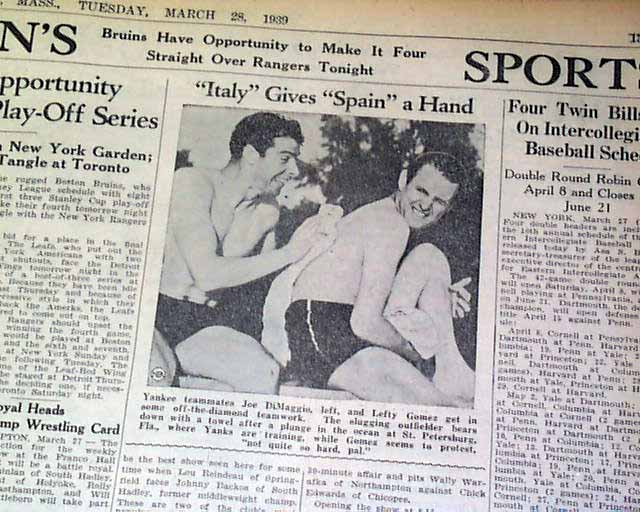