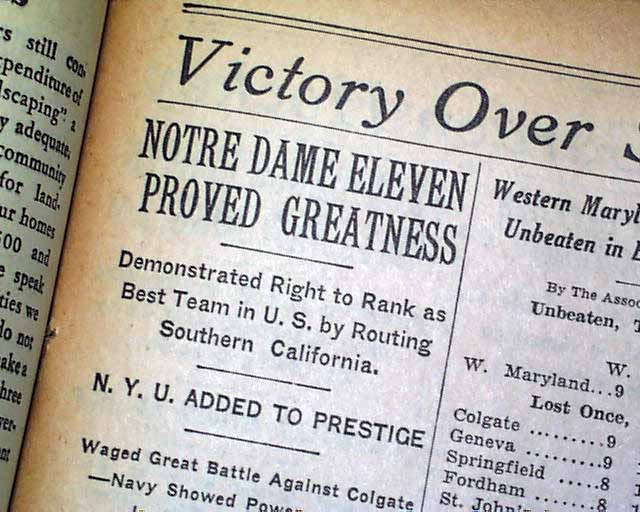 This issue contains other news, sports and advertisements of the day. Complete in 44 pages, it has minor spine wear, but is otherwise in nice condition.

In Los Angeles, a crowd of 90,000 turned out at the Coliseum as Notre Dame (9-0-0) visited USC (8-1-0). While some predicted a Trojans win, or at least a close game, "Rockne's Ramblers" scored six minutes into the game and never looked back. Paul O'Connor, a third string player earlier in the season, had 11 carries for 142 yards, and one touchdown. The Irish closed their season with a decisive 27-0 victory and with another victory over a tough opponent, finished first in the Dickinson ratings. Nobody realized at the time that Knute Rockne had coached his final game. Rockne was killed in a plane crash on March 31, 1931. At Jacksonville, Tennessee defeated Florida 13-6.