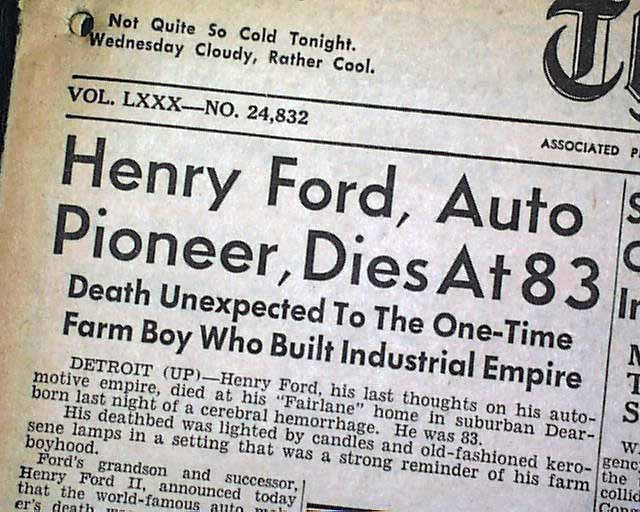 Other news, sports and advertisements of the day. Complete in 20 pages, A few small binding holes along spine which slightly affects mentioned report, otherwise in good condition.