Home > Back to Search Results > Controversy in this boxing match...
Click image to enlarge 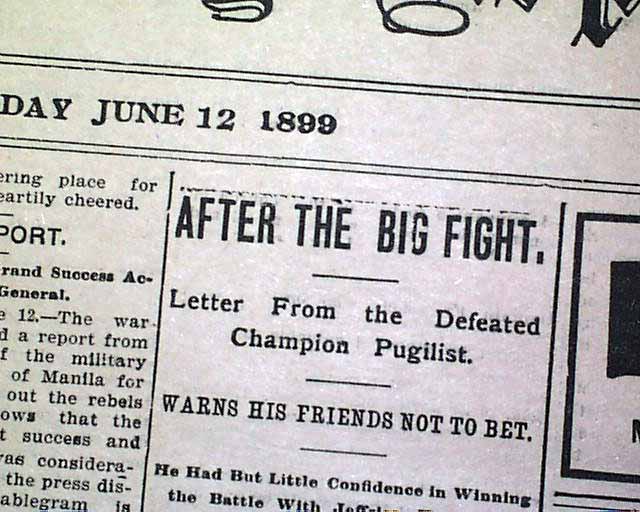 Controversy in this boxing match...

The top of the front page has: "AFTER THE BIG FIGHT" "Letter From the Defeated champion Pugilist" "Warns His Friends Not To Bet" "He Had But Little Confidence in Winning the Battle with Jeffries--He Denies Ever Writing the Letter & Declares it a Forgery..." and further on is: "Fitzsimmons Denies It--He Declares He Never Wrote Such a Letter as Above Mentioned"
Four pages, light browning, nice condition. Should be handled with care.