Home > Back to Search Results > U.S. breaks relations with Germany in 1917...
Click image to enlarge 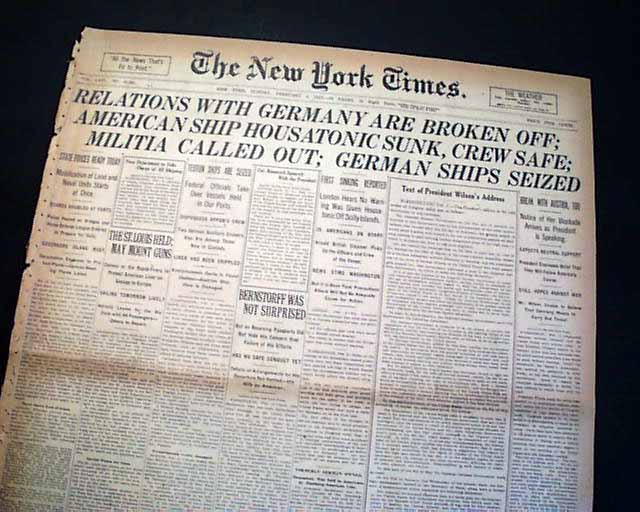 This 20 page newspaper has a nice banner headline on the front page:
"RELATIONS WITH GERMANY ARE BROKEN OFF; AMERICAN SHIP HOUSATONIC SUNK, CREW SAFE; MILITIA CALLED OUT; GERMAN SHIPS SEIZED" with subheads. A nice issue for display here. 1st report coverage on the official break of diplomatic relations between United States and Germany. Nice to have in this famous NYC title.

Other news, sports and advertisements of the day. Light browning with some margin chipping, should be handled with care.