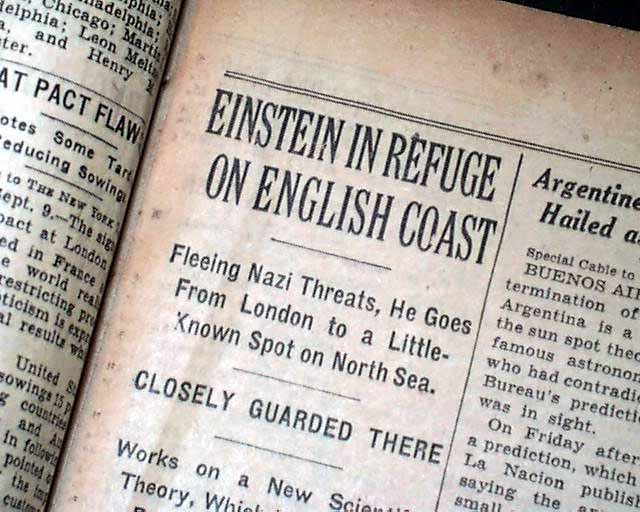 Page 9 has one column headlines: "EINSTEIN IN REFUGE ON ENGLISH COAST", "Fleeing Nazi Threats, He Goes From London to a Little Known Spot on North Sea", "Closely Guarded There" and more. This is coverage on Albert Einstein escaping Nazi Germany shortly after Adolph Hitler became dictator. He would arrive in America about a month later.

Other news, sports and advertisements of the day with much on the situation in Europe regarding the Nazis and the Jews. Complete in 36 pages, light browning, otherwise in good condition. 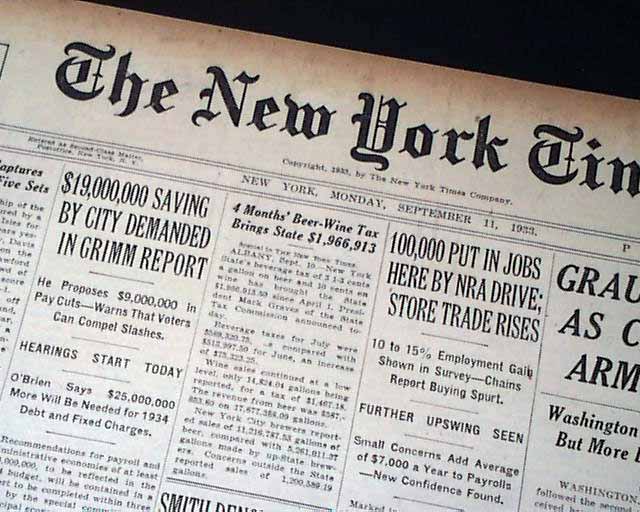 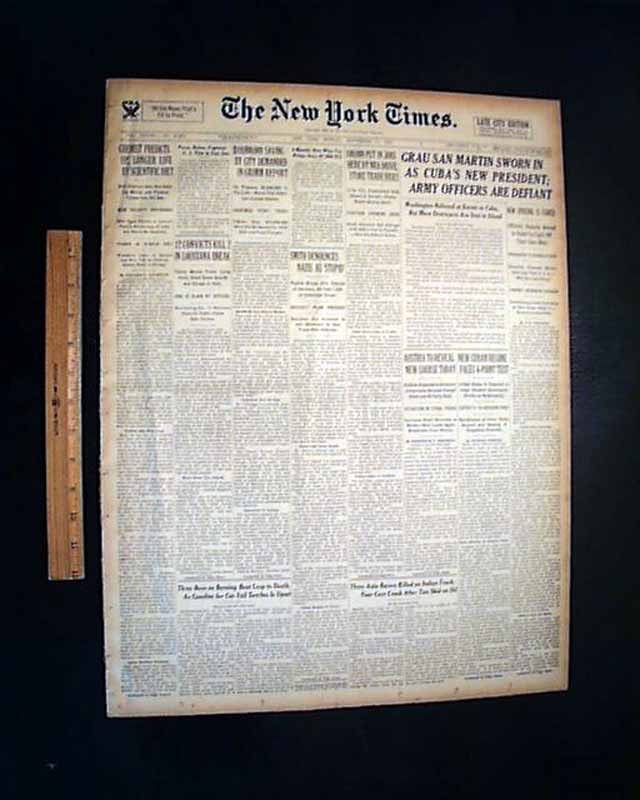 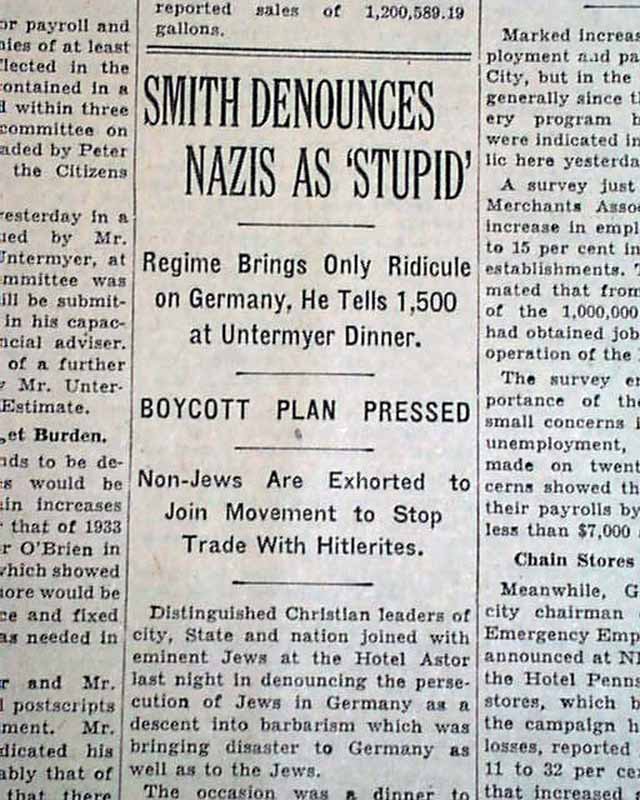 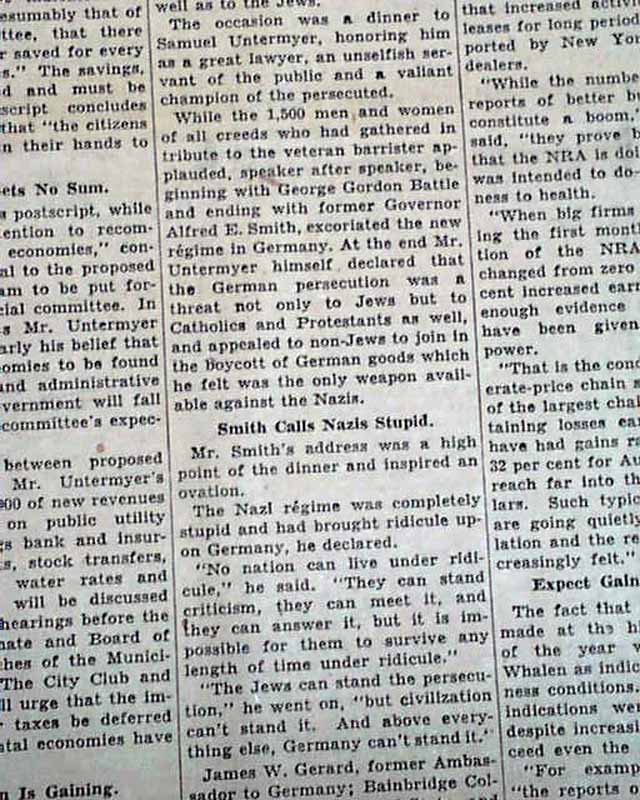 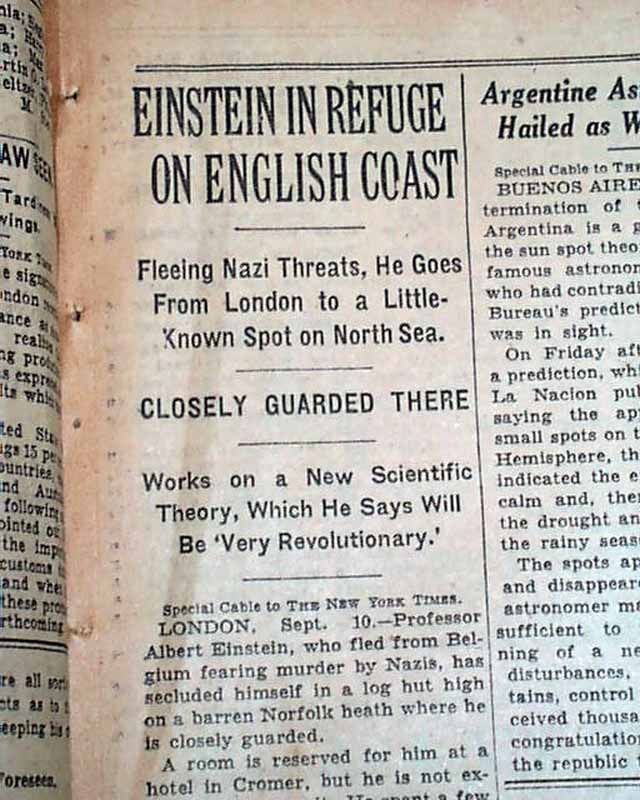 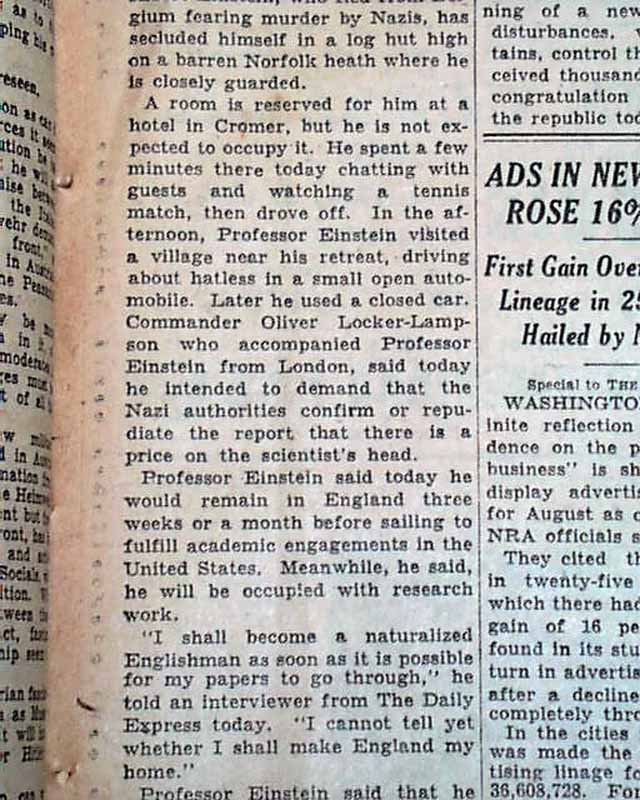 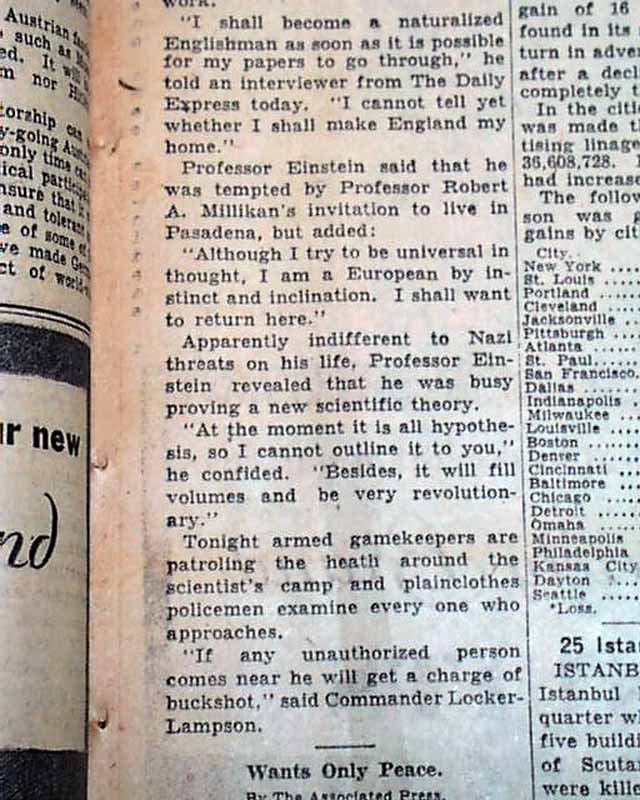 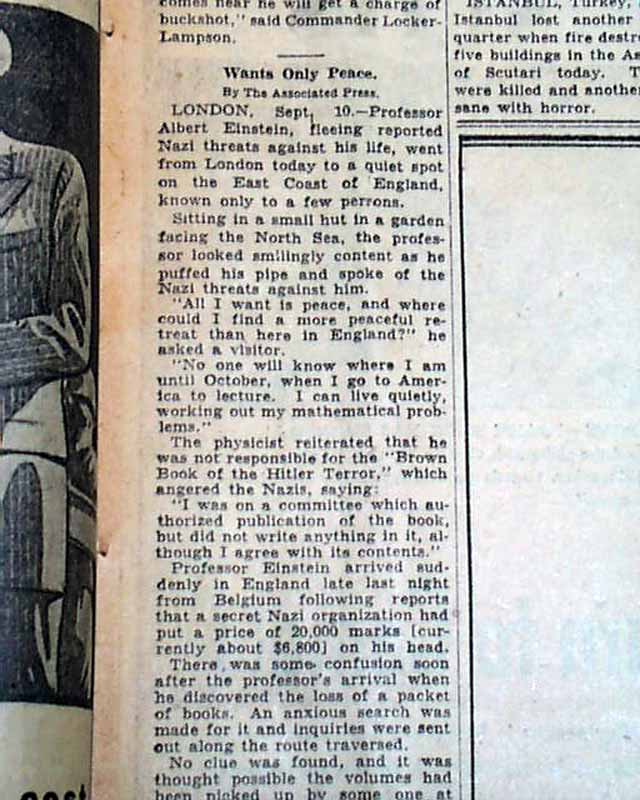 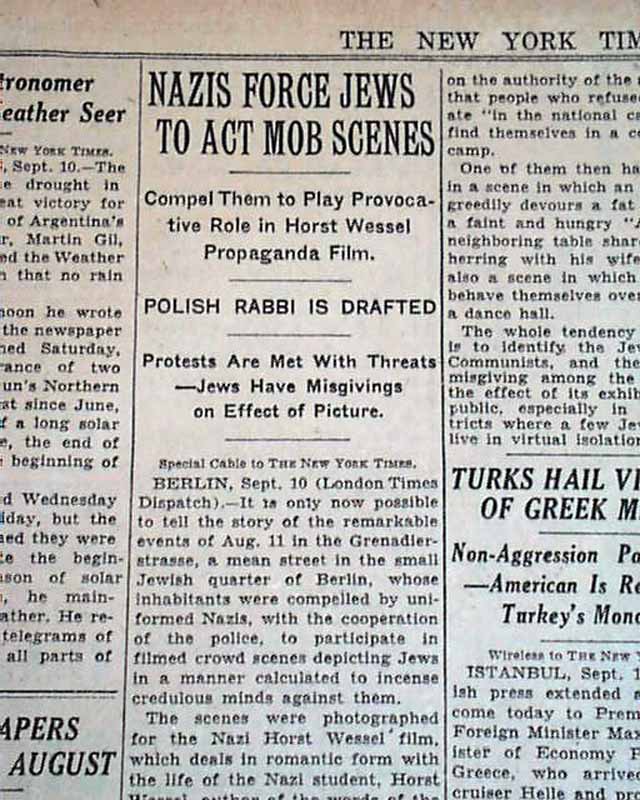 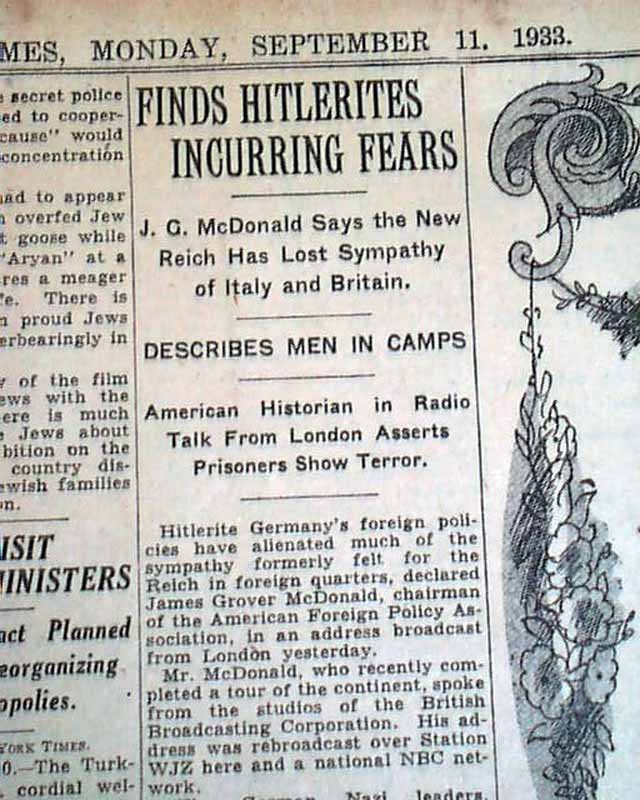