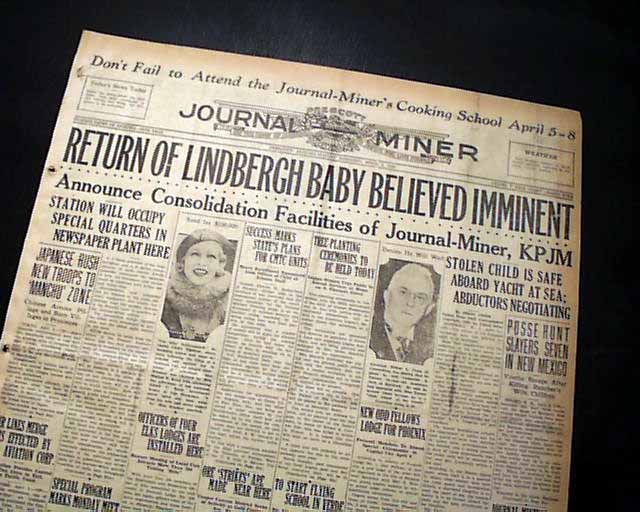 This 6 page newspaper has a nice banner headline on the front page:

with subhead: "Stolen Child Is Safe Aboard Yacht At Sea; Abductors Negotiating"

A bogus headline here as Charles Jr. was already dead and the body would be found a few miles from the Lindbergh's home about a month later.

Other news and advertisements of the day. Minor margin wear, otherwise good.