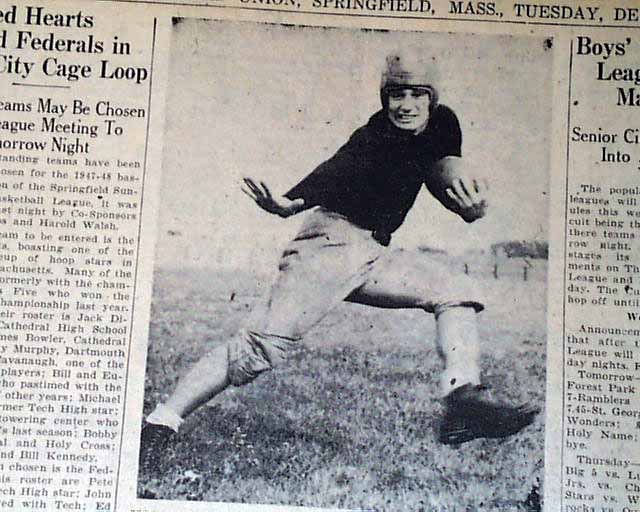 Lujack was born on January 4, 1925, in Connellsville, Pennsylvania. He played college football for the University of Notre Dame, and professionally for the Chicago Bears. Lujack was the first of several successful quarterbacks who hailed from Western Pennsylvania. Others include Pro Football Hall of Fame members Johnny Unitas, Joe Namath, Dan Marino, Jim Kelly, Joe Montana and George Blanda. He now lives in Bettendorf, Iowa and lends his name to a large car dealership in neighboring Davenport, Iowa. He is currently the oldest living Heisman Trophy winner.