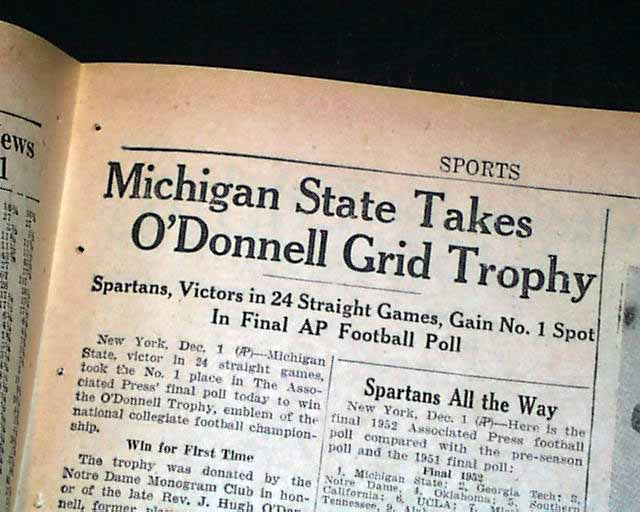 wikipedia notes: The 1952 college football season ended with the unbeaten Michigan State Spartans (9-0-0 record) and Georgia Tech Yellow Jackets (12-0-0 record) each claiming the national championship according to different polls. Michigan State finished first according to two of the "wire service" (AP and UP) polls which also both placed Georgia Tech second. Georgia Tech was first in the (Hearst chain) International News Service poll. UP and INS merged in 1958 to form UPI. Although the Spartans would become members of the Big Ten conference for football in 1950, full participation would not come until 1953, and under the terms of their entry into the conference, they were not allowed to participate in postseason play. The Georgia Tech Yellow Jackets, won the Sugar Bowl on New Year's Day in New Orleans.