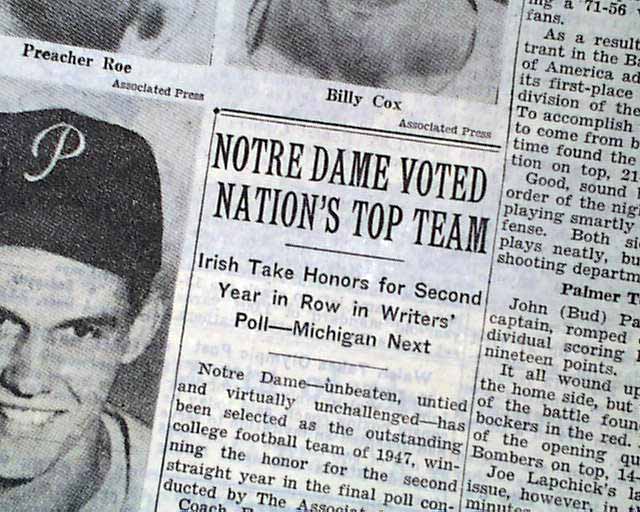 wikipedia notes: The 1947 college football season finished with Notre Dame, Michigan and Penn State all unbeaten and untied, but the Fighting Irish of Notre Dame were the first place choice for 107 of the 142 voters in the AP writers poll, and repeated as national champions.