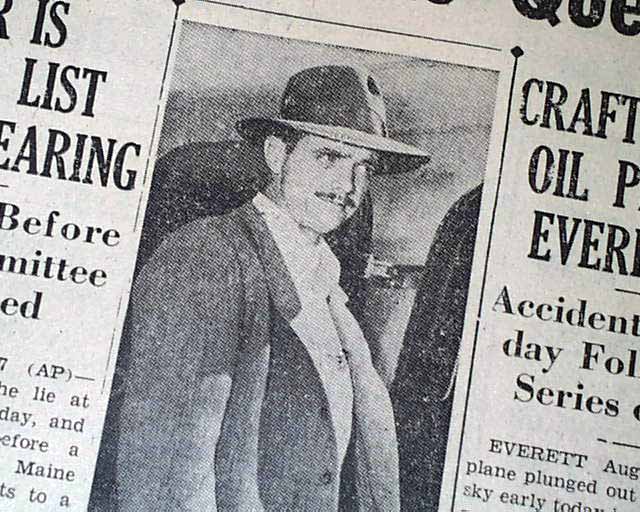 with subheads and photo of Hughes. (see images)

Minor wear along the spine, otherwise in good condition.

wikipedia notes: Howard Robard Hughes, Jr. (December 24, 1905 – April 5, 1976) was an American aviator, industrialist, film producer and director, philanthropist, and one of the wealthiest people in the world. He gained fame in the late 1920s as a maverick film producer, making big budget and often controversial films like Hell's Angels, Scarface, and The Outlaw. As an aviator, Hughes set multiple world air-speed records (for which he won many awards, including the Congressional Gold Medal), built the Hughes H-1 Racer and H-4 "Hercules" aircraft, and acquired and expanded Trans World Airlines. Hughes is remembered for his eccentric behavior and reclusive lifestyle in later life, caused in part by a worsening obsessive-compulsive disorder. Hughes' legacy is maintained through the Howard Hughes Medical Institute. He remains one of the most influential aviators in history.