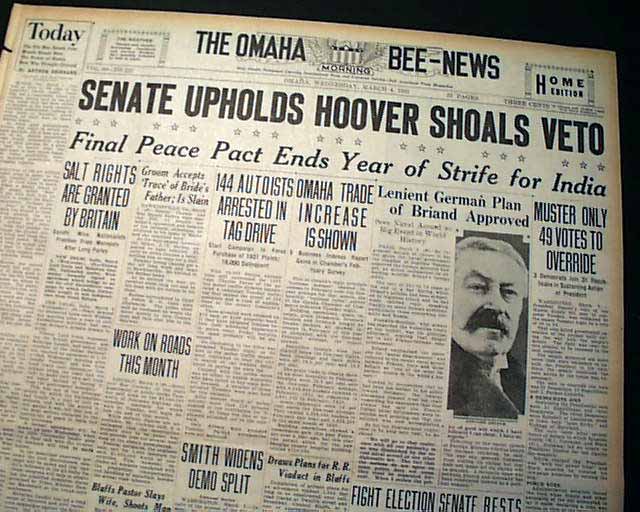 This 22 page newspaper has a seven column headline on the front page:

with subheads that include: "SALT RIGHTS ARE GRANTED BY BRITAIN" and more. (see)

wikipedia notes: Gandhi–Irwin Pact refers to a political agreement signed by Mahatma Gandhi and the then Viceroy of India, Lord Irwin on 4th March 1931. It was signed after meetings between Gandhi and the Viceroy that spanned over a three week time period. Many Indian citizens were originally unsatisfied with the conditions of this truce. The agreement spelled out certain specific action points, to be initiated by the colonial Government of India as well as the Indian National Congress. Important action points of the Pact included: 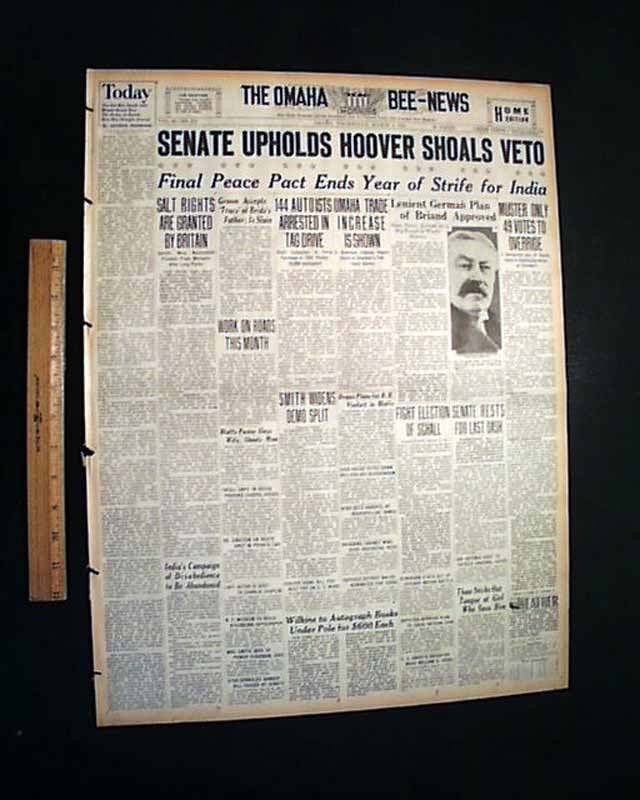 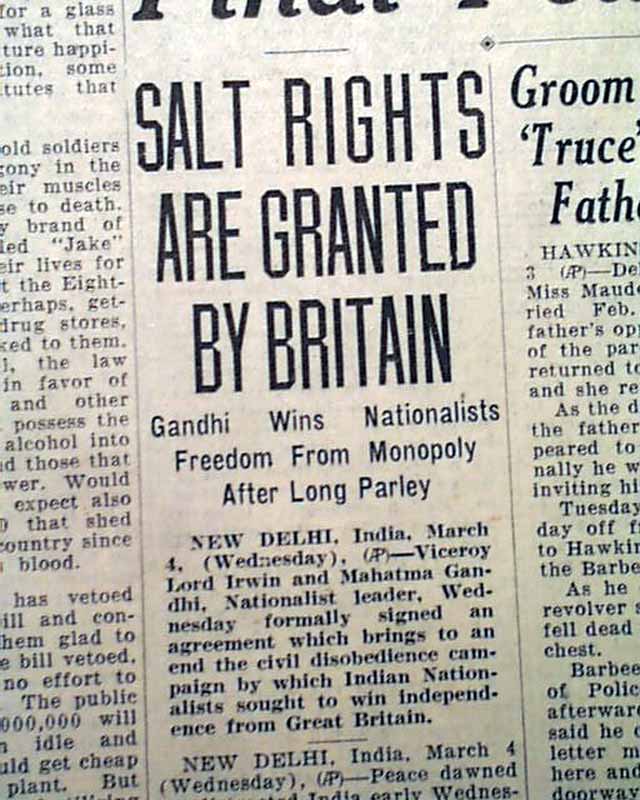 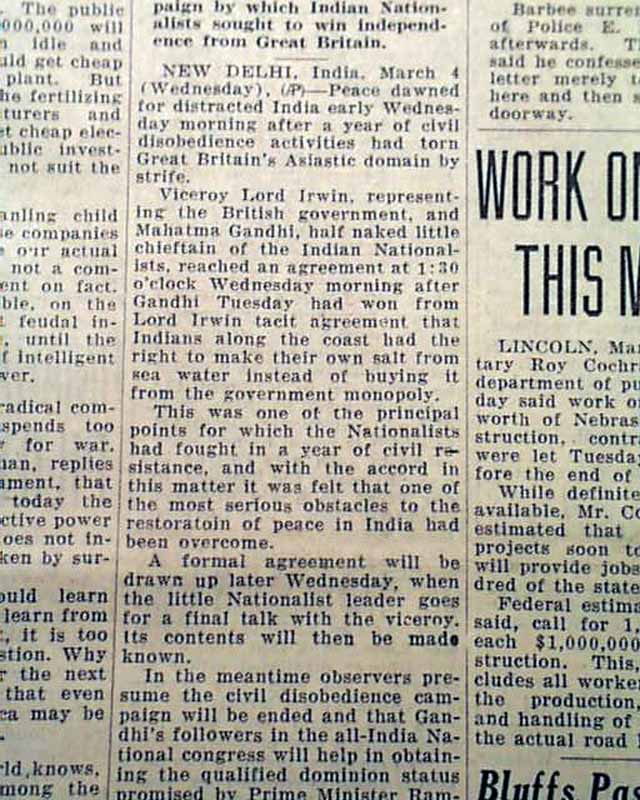 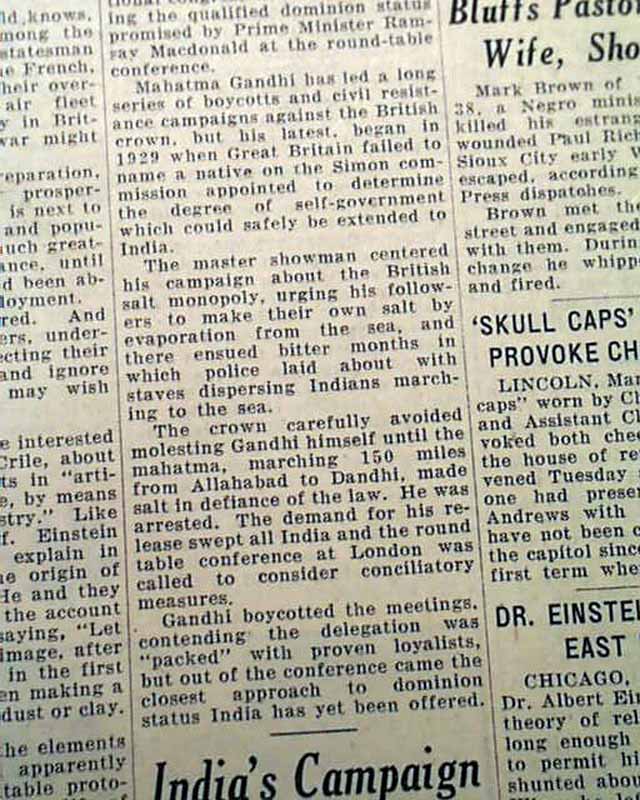 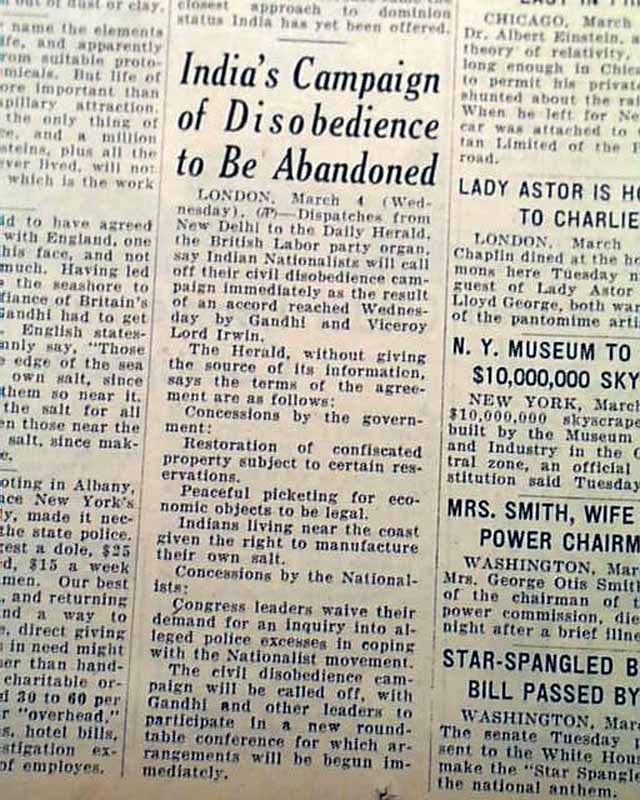