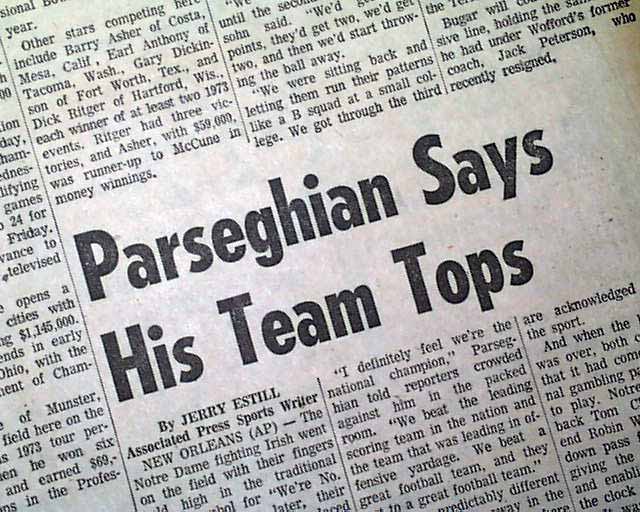 This 14 page newspaper has a four column headline on page 10: "Irish Topple Tide In Thriller" with caption: "Who's No. 1" Tells of the game between Notre Dame Fighting Irish and the Alabama Crimson Tide which some regard as the game of the century.