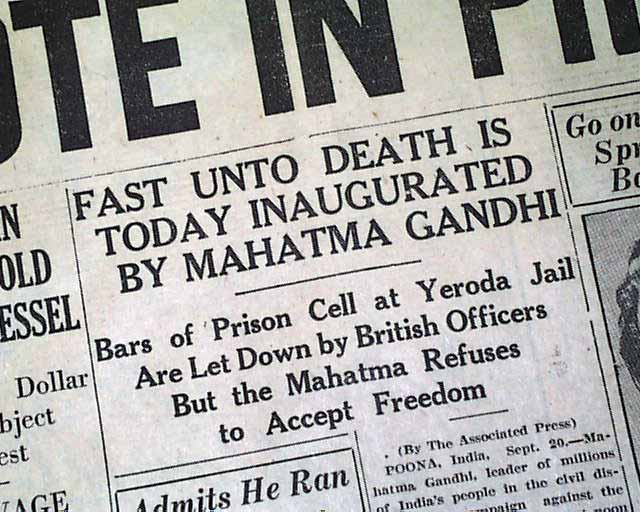 This 12 page newspaper has two column headlines on the front page that include: "FAST UNTO DEATH IS TODAY INAUGURATED BY MAHATMA GANDHI" and more (see photos). Tells of the start of his 6-day hunger strike in jail.

Other news of the day including various advertizements. Light browning, little margin wear but otherwise in good.

wikipedia notes: In 1932, through the campaigning of the Dalit leader B. R. Ambedkar, the government granted untouchables separate electorates under the new constitution. In protest, Gandhi embarked on a six-day fast in September 1932. The resulting public outcry successfully forced the government to adopt a more equitable arrangement via negotiations mediated by the Dalit cricketer turned political leader Palwankar Baloo. This was the start of a new campaign by Gandhi to improve the lives of the untouchables, whom he named Harijans, the children of God. 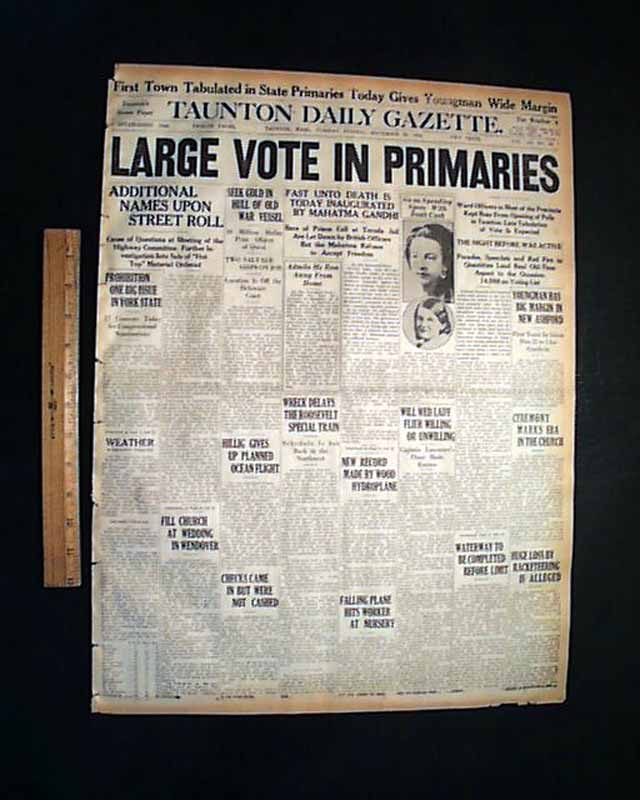 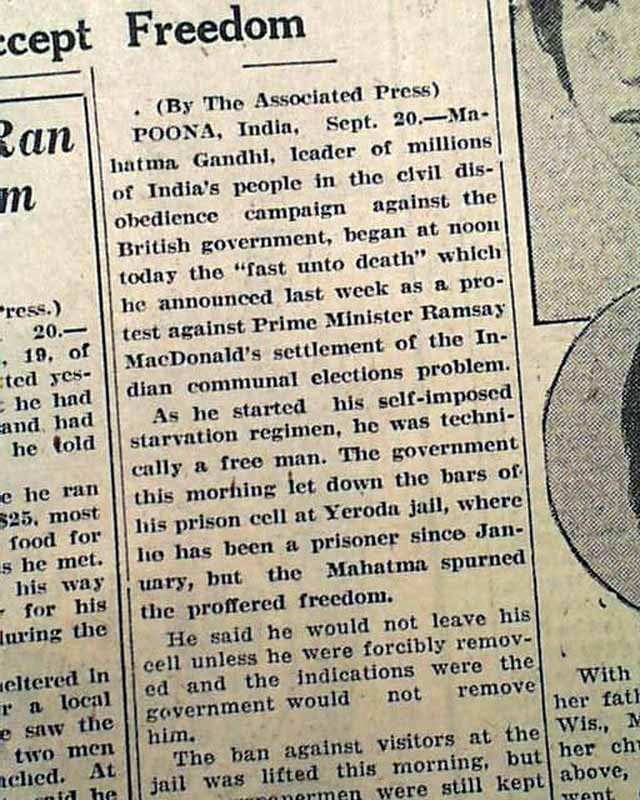 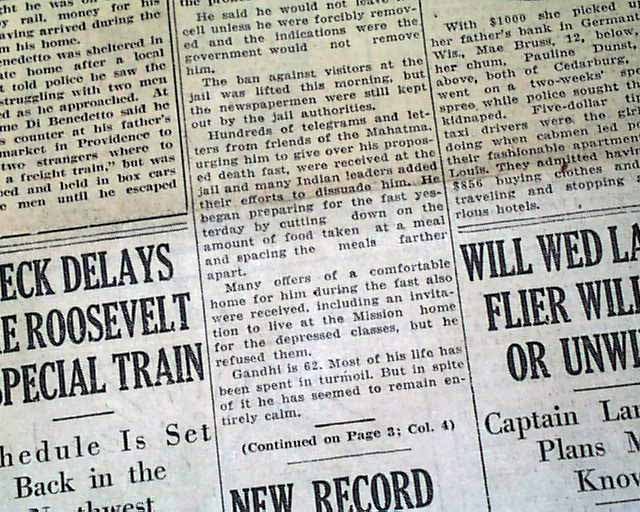