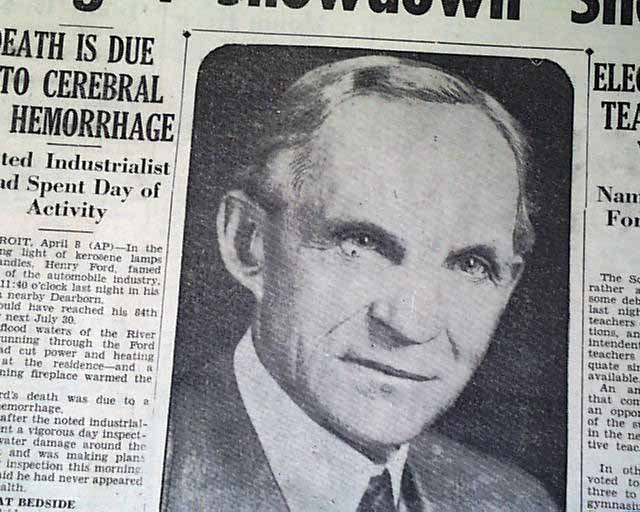 This 10 page newspaper has a five column headline on the front page: "Henry Ford Dies At Dearborn, Mich." with subheads and nice photo of Ford (see photos).

Other news, sports and advertisements of the day. Little spine wear, otherwise in good condition.