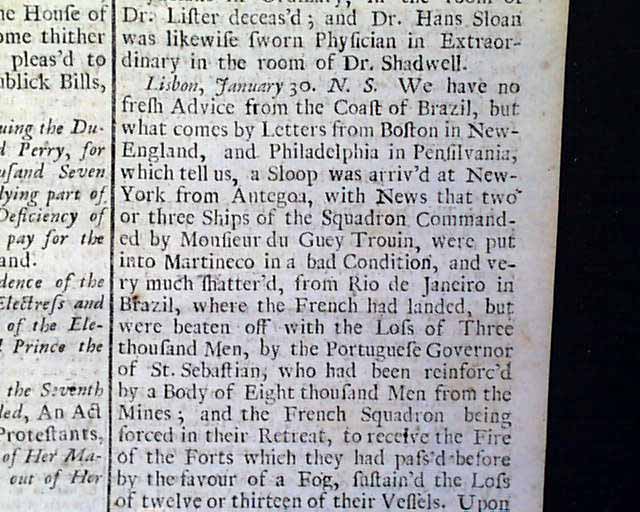 
THE LONDON GAZETTE, England, London, February 12, 1711  The front page of this issue carries the reports from Boston and Philadelphia of the news on ships from Martineco and Rio de Janeiro in which the ships were in bad condition.  The French had landed but had been beaten off with the loss of three thousand men. The Portuguese governor had then been reinforced by another eight thousand men from the mines. The reporting continues stating that persons were left behind but their cannon, ammunition and baggage were taken.

Another article on the front of the issue is of "An Act to enable John Lord Gower, Baron of Stitnham, an Infant, to make a Settlement upon his Marriage."

This is a single sheet issue in very nice condition. See photos for details.