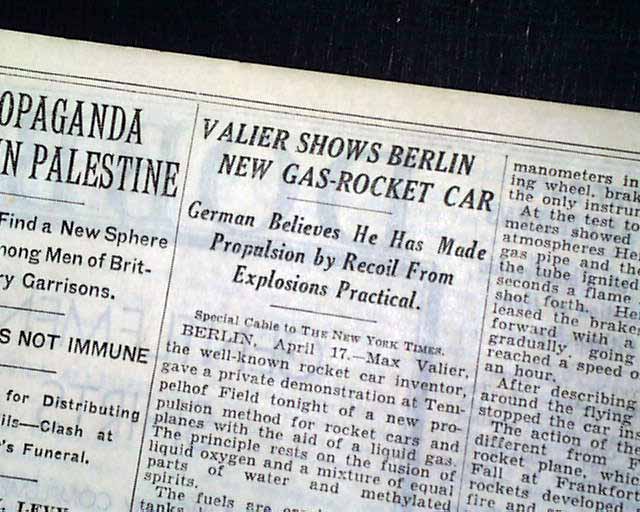 This 52 page newspaper has one column headlines on page 11: "VALIER SHOWS BERLIN NEW GAS-ROCKET CAR",
"German Believes He Has Made Propulsion by Recoil From Explosions Practical". Tells of Austrian Max Valier testing his new rocket automobile. See photos for text.

Other news of the day throughout including various advertisements. Rag edition in great condition.