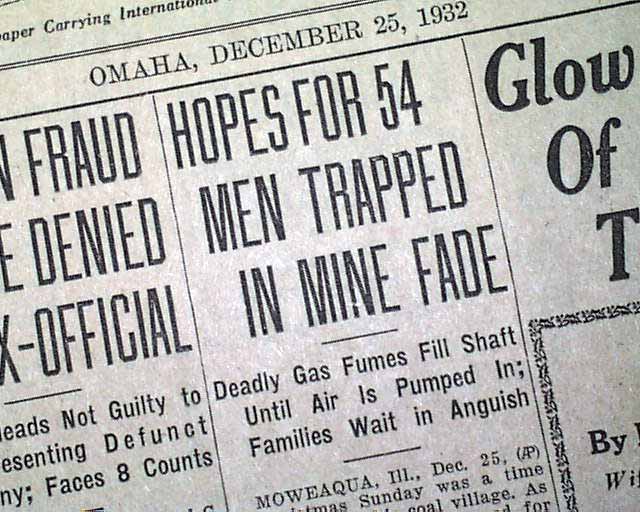 This 30 page newspaper has one column headlines on the front page:
"HOPES FOR 54 MEN TRAPPED IN MINE FADE" "Deadly Gas Fumes Fill Shaft Until Air Is Pumped In; Families Wait in Anguish" with smaller subheads.

Tells of the coal mine explosion disaster at Moweaqua, Illinois.

Other news of the day including various advertising. Light browning with minor margin wear, otherwise in good condition.

The explosion occurred shortly after the day shift started, sometime between 7:30 and 8:00 Christmas Eve morning.