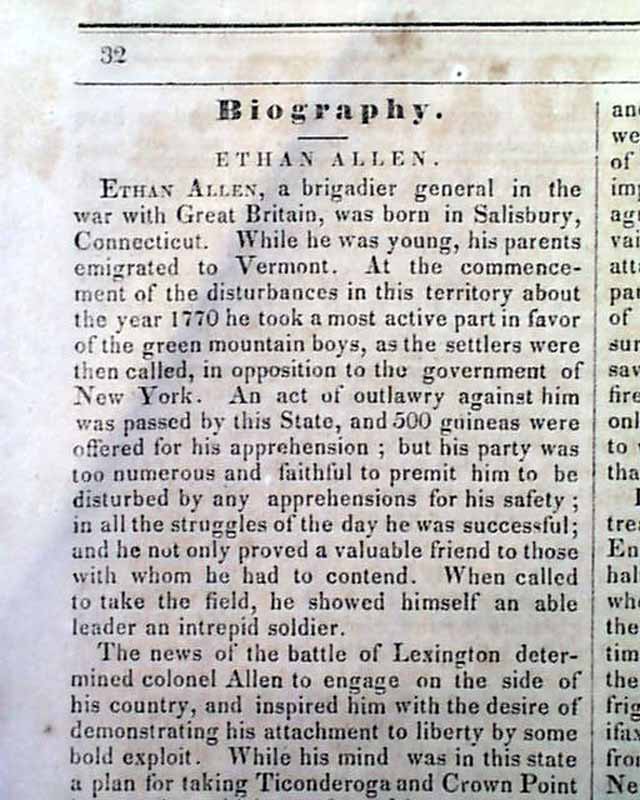 
CITIZEN SOLDIER, Norwich, Vermont, August 14,1840  "Devoted To the Interests of the Militia, Military Science & National Defense" as noted in the masthead, where also is found their motto: "In Times Of Peace, Prepare For War". Lasted but 52 issues, 9 1/2 by 12 1/2 in., a rare & uncommon title. Other than a little (typical) foxing, in great condition.

This issue has a 2 1/2 column back page Biography of Ethan Allen, providing a mid-19th century glimpse of how he was viewed at the time. Considerable details re: his life with mentions of Crown Point, Ticonderoga, the Green Mountain Boys, and his eventual surrender.  Nice to have within a rare military newspaper. Also included is much on Napoleon Bonaparte, West Point, and an Anecdote of Col. Ethan Allen.