Home > Back to Search Results > Large & ornate masthead from the Civil War...
Click image to enlarge 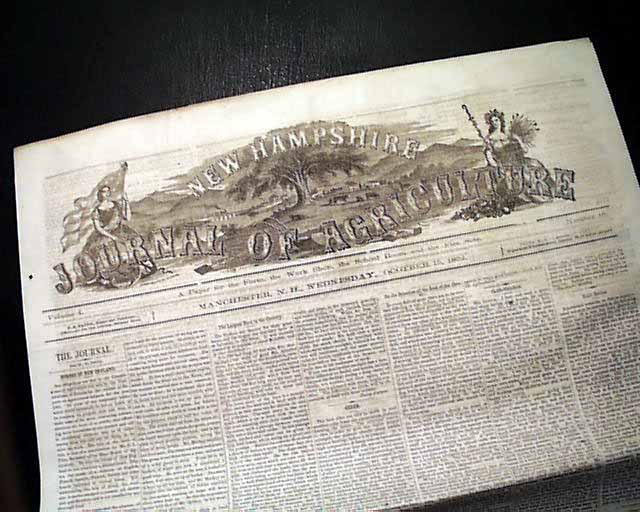 The title reflects the theme of this issue, being primarily a farming-related newspaper with agricultural concerns taking much of the front page and some inside space as well. However Civil War reporting is found on page two with a review of the week's battle events and military concerns.
Of added significance is the large and very decorative masthead engraving (see photos) which includes a central pasture scene bordered by two women, one with a patriotic theme holding an American flag, and the other with an agricultural theme holding a sheaf of wheat.
Complete in 4 pages, minor fold wear, very nice condition.