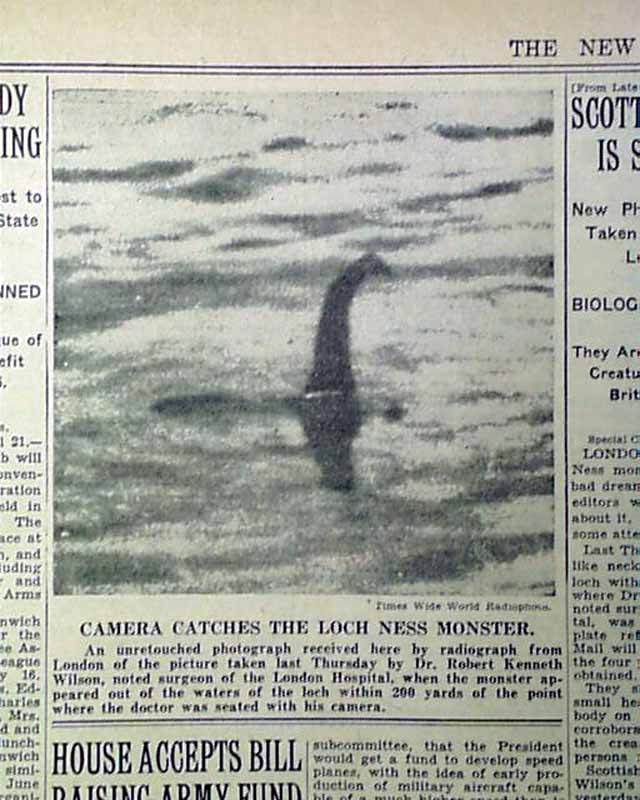 Today we begin a series of “Amazing Stories” found within original newspapers.  We’ve always stated, and newspaper collectors agree, “History is never more fascinating than when it is read from the day it was 1st reported”.  Over the course of the next several months we are going to highlight some of the more interesting and/or amazing stories/reports to be found within historic newspapers.  Today’s installment:  the printing of the photograph and the corresponding report of… The Loch Ness Monster.  The article and photograph shown appeared in The New York Times dated April 22, 1934.  Enjoy (see images for complete coverage).