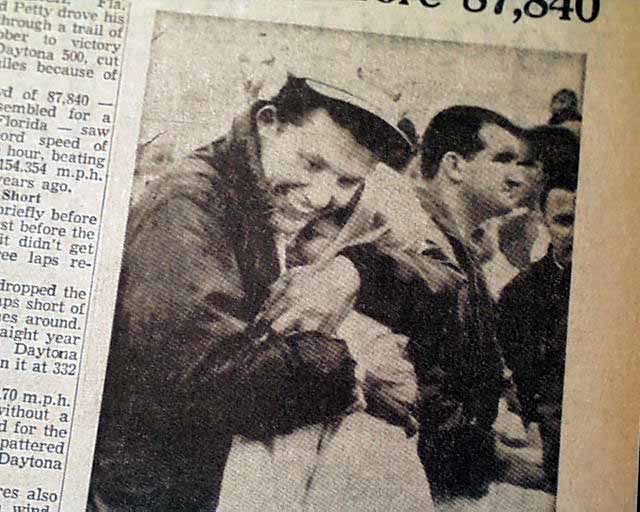 This 22 page newspaper has a three column headline on page 15: "Richard Petty Roars to Victory In Daytona Race Before 87,840" with related photo and results chart (see images).

This tells of the 8th ever Daytona 500 race in which driver Richard Petty won.

wikipedia notes: The 1966 Daytona 500 was won by Richard Petty driving a 1966 Plymouth on February 27, 1966. Petty drove his number 43 to victory in just over three hours after starting the race on the pole. There were four caution flags which slowed the race for 22 laps. Petty came from two laps down to win the event after 198 laps were completed. The race was shortened by two laps due to rain. The win was Petty's second victory of the season.