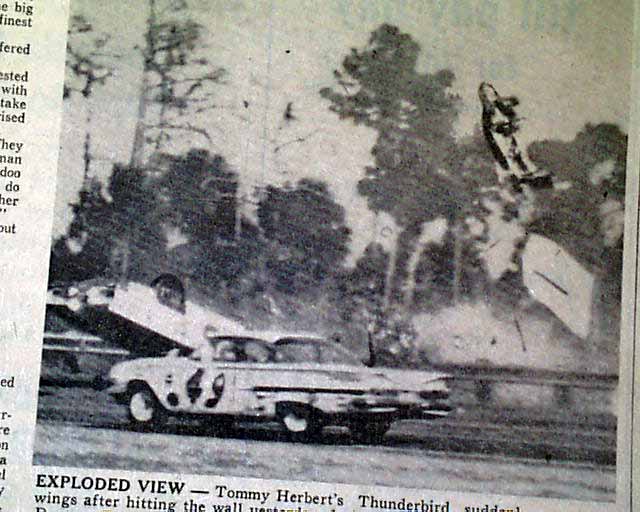 This 38 page newspaper has a two column headline at the bottom of the front page of the sport's section (page 25): "N. Carolina Driver Wins Daytona '500'" with related photo. (see)

Tells of the 2nd ever Daytona 500 race in which driver Junior Johnson won.

wikipedia notes: The 1960 Daytona 500 was won by Junior Johnson driving a 1959 Chevrolet. Johnson drove the number 27 to victory in just over four hours after starting in the 9th position.[1] Johnson took the lead with nine laps remaining when Bobby Johns spun, and Johnson went on to win the race. The win was Johnson's first victory of the season. It was also known as being the slowest 500-mile race in history.