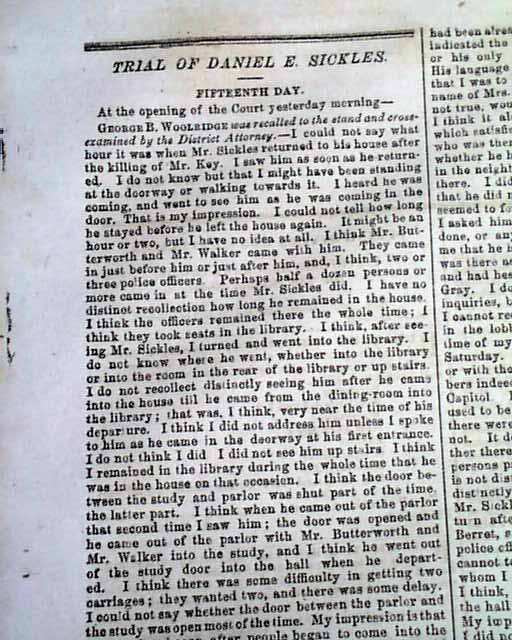 These three issues each contain on an inside page reports headed: "Trial of Daniel Sickles" including verbatim testimony on the on-going trial. Great to have this content in a Washington, D.C. newspaper, where the trial occurred. Photos show only beginning of the reports, being quite lengthy.

Each issue is complete in 4 pages and in very nice condition.