Home > Back to Search Results > Prohibition begins... No Beer...
Click image to enlarge 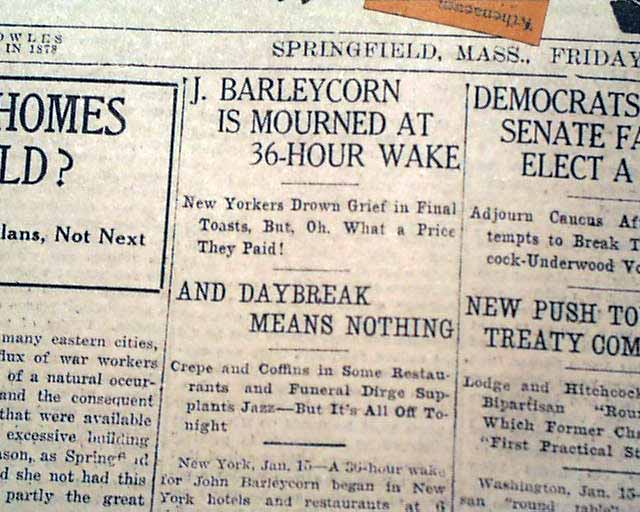 
THE SPRINGFIELD REPUBLICAN, Springfield, Massachusetts, January 16, 1920  This 18 page newspaper has one column headlines on the front page that include: "J. BARLEYCORN IS MOURNED AT 36-HOUR WAKE" "New Yorkers Drown Grief In Final Toasts, But, Oh, What a PriceThey Paid !" "AND DAYBREAK MEANS NOTHING" and more. (see)

Tells of the upcoming official start of prohibition in America as a whole. Other news of the day.